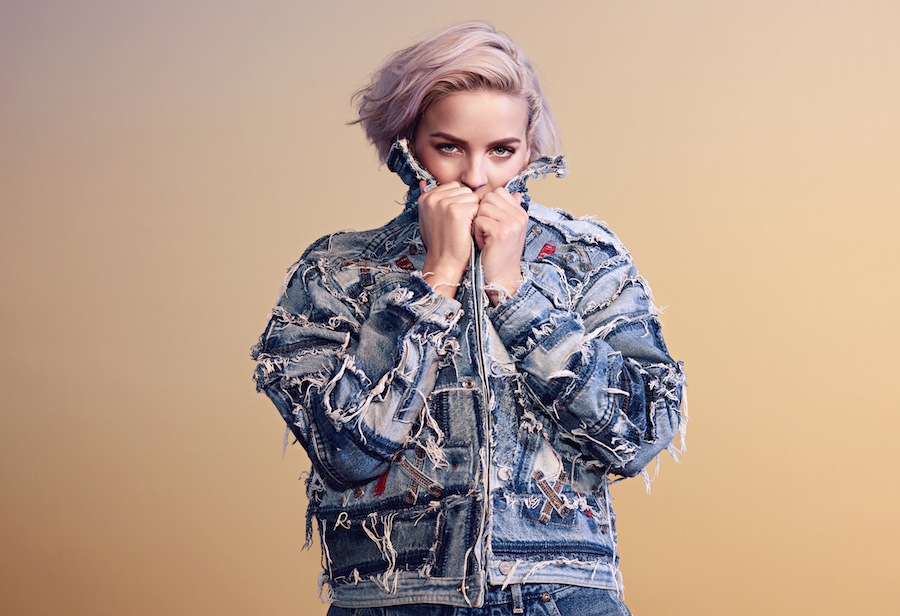 If you haven’t heard of this British rising star yet, get woke because soon everyone will!

The girl who started out loving music at a young age has now found her way on your radio station. Anne-Marie is someone you’ll want to keep your eyes and ears on through 2016 -- and quite possibly for the rest of your life. Growing up goal-oriented and receiving two roles in West End productions, it was clear that she had a knack for singing and acting, with a dash of shotokan (a style of karate) thrown in. You could actually say a spoonful of shotokan as a two time international champion… before she was seventeen! However, music has always been her constant drive.

With the voice of an angel, she can nail any song. Check out her performing vocals on G-Eazy’s track “Me, Myself, and I” alongside G-Eazy himself in the Radio 1 Xtra’s Live Lounge, which really shows off her vocal abilities. #EPIC

Her current single, “Alarm”, is already climbing the Top 40 radio chart in America, and the song has been streamed over 55 million times on Spotify! #repeat Inspiration for the music video came from Baz Lurhmann’s 1996 version of Romeo & Juliet. Check it out below!

The singer has been busy in the studio preparing to release her debut album, but in the meantime, if you want to hear her incredible voice in person, now you can! She is heading out on her first solo tour across America and Canada starting this October and hitting the U.K. and Ireland in November. You can find out where you can see her on tour HERE!