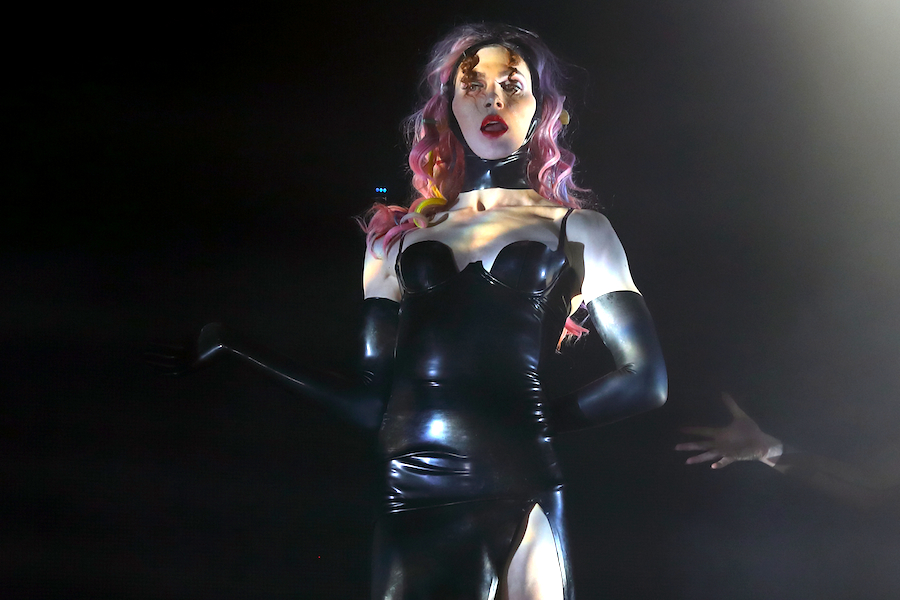 The artist known as SOPHIE -- also known as Sophie Xeon -- began her career in Scotland, her native country, as a DJ and music producer and has worked closely with artists including Charli XCX, Lady Gaga, and Vince Staples, producing and co-writing on their albums. Meanwhile, she released her own EPs and first garnered attention with the single “Bipp”, which will make you want to hit the dance floor while you question the limits of pop music. Are there limits? SOPHIE doesn't seem to think so.

Previously, SOPHIE had hidden her identity, wearing disguises at her shows (once, she dressed as a bodyguard at her own concert while someone else on stage mouthed her lyrics) and either using other singers or altering her voice in her songs. With the release of her debut studio album, Oil of Every Pearl’s Un-Insides, however, she’s stepped into the spotlight to show the world exactly who she is.

SOPHIE is a transgender woman and her new album explores her trans identity and the idea of identity in general. In the song “It’s Ok to Cry”, SOPHIE uses her real voice in a song for the first time. She also stars in her own music video for the first time, presenting a full-on view of herself, vulnerable yet confident in her own image. It’s a powerful introduction to the world, and an empowering song at that.

The rest of her new album is full of fast-paced and unique electronic sounds, with musings on gender, desire, and identity throughout. In her song “Faceshopping”, SOPHIE focuses in ideas about appearance, specifically on what it means to be able to choose how to present oneself. [Flash Warning]

SOPHIE said once that she picked the stage name SOPHIE because “it tastes good and it’s like moisturizer.” That cryptic and illustrative answer is sort of like her new album. If you listen closely, you’ll recognize the lengths she goes to to give her songs texture and sensation through sound. The album as a whole is an upbeat, pulsating look at selfhood and at sound. If you’re a fan of electronic music, SOPHIE will take you to new places in the genre, and even if you’re not an electronic music person, you won’t be able to resist dancing along to this new star’s first real introduction to the world.