'Mamma Mia: Here We Go Again' Is The Jolt of Unapologetic Joy We Need In Our Lives! 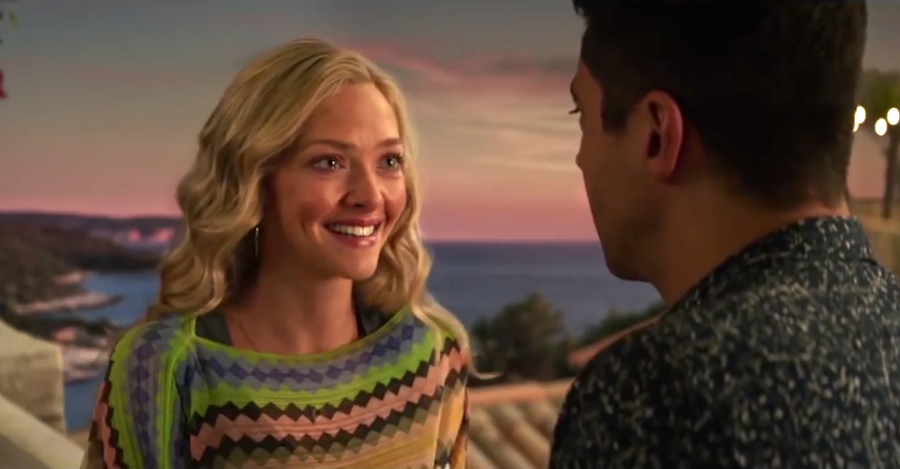 On Tuesday evening, I exited the same movie theatre for the second time in as many weeks, tearful, joyful, and ready to hop on any plane that would take me out into the world. I had just seen Mamma Mia: Here We Go Again, again, and I was in love. When I was in school, my roommates and I used to joke about how the movie theatre was our favorite place in the world; “It’s like dreaming but wide awake.” Well, Here We Go Again might be the best dream I’ve had yet.

It’s hard to believe that ten years has passed since the first ABBA-inspired musical hit the big screen, but it’s safe to say that this sequel couldn’t have come at a better time. Mamma Mia 2 is full of all the feels of the first movie and more, interweaving the original cast’s combined mourning of Meryl Streep’s sparkling Donna with the delight and adventure of a young Donna’s early 20s. The energy is infectious, the songs hold up, and the eye candy is plentiful.

Let’s start with Lily James. I was blown away with James’s performance; she was, quite simply, effervescent. She is truly the embodiment of this film: golden and bright, and belting out ABBA with an almost unreal beauty. At one point, she did a cartwheel while wearing a tangerine-colored maxi skirt and I felt like I had just discovered happiness. James convinces you to yearn for Donna’s unapologetic youth in a way that made me honestly consider quitting my job and flying to the other side of the world.

Along the way to “finding herself”, Donna also finds three insanely handsome young men. I was pleasantly surprised by the charm of them, each distinctly their own and alluring in what their story with Donna could be. First, we met Harry (Hugh Skinner) in Paris, sweet and silly, but never taken seriously as an option. Then Donna falls for Bill (Josh Dylan) and his boat (my favorite man, if you must know). Their chemistry was immediate and easy, and if the outcome could have been different, I would have happily watched 2 hours of them sailing and singing together. Finally, we meet Sam (Jeremy Irvine), the deepest and most real of Donna’s love connections. I won’t give any spoilers away, but Donna’s relationship with Bill is a real rollercoaster ride, only made more affecting by these emotional songs they keep singing. The sadness at each of their departures is softened by the fact that we know they will all show up later in life, but I really do wish we got more time with each of them.

As if the boys weren’t enough, our favorite girl gang also returns. Christine Baranski is easily the funniest part of this movie; she has the best two lines (maybe ever?) back to back: “Be still my beating vagina” and “Have him washed and brought to my tent.” Both referring to Andy Garcia, who is having quite the year wooing mature women. Her younger counterpart, Jessica Keena Wynn, is an uncannily good casting choice and keeps right up with Baranski’s dry wit. Of course, rounding out Donna and the Dynamos is Julie Walters’s Rosie, who also provides great comedic relief (not that you need any relief in this movie) and has her own little love story.

Amanda Seyfried is back as Donna’s daughter, Sophie, and along with her boyfriend Sky (Dominic Cooper) make for the same golden couple we remember -- after a few road bumps of their own, that is. All three fathers (Pierce Brosnan, Stellan Skarsgard, and Colin Firth) find their way back to the idyllic Greek island to support their shared daughter, and Meryl Streep steps into her old shoes to bring us all to tears just when I thought I’d made it out alive.

Even on my second go, when I knew what was to come, when Streep and Seyfried joined voices to sing “My Love, My Life”, the tears could not be stopped. It is in these moments when the sentiment of the film -- of love and longing and mourning and the great expanse of what our lives could mean -- really shines through. It made me want to call my mother and tell her I loved her as I was boarding a plane to the other side of the world.

And then there was Cher.

In a completely ridiculous and perfect choice to cast Cher as Donna’s mother -- she is only 3 years older than Streep in real life, but we won’t dwell on the details. She is delightful and over-the-top and sings "Fernando" while fireworks explode in the background. If that alone isn’t enough to convince you that you need to see this movie, there isn’t much more I can do.

Mamma Mia: Here We Go Again is uncomplicated in its joyfulness and desperately needed in these complicated times. It is flooded with spandex and ABBA and the Mediterranean, and two grown men doing the “I’m the king of the world” move from Titanic while singing “Dancing Queen”.  It celebrates youth and encourages an appetite for this world that is meaningful, and I will be going to see it for a third time next week.