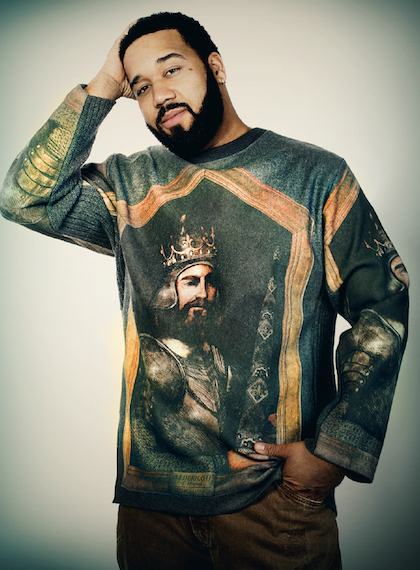 YH readers, are you in for a treat!

Allow us to introduce to you the musical genius that is Keith James! James is a multi-platinum songwriter who falls into the Pop, Hip-Hop, and R&B mix, and has written for artists such as Jeremih and Nicki Minaj. Now, he’s stepping into the spotlight with his debut single, “Not My Day”, produced by Mick Schultz, which is debuting EXCLUSIVELY here on YH! Take a listen below:

And check out the music video below!

“Not My Day”, is a captivating and feel-good song inspired by the frustrations of a typical bad day. Combining an unlikely blend of classical strings, uplifting dance beats, and catchy lyrics that entice you to sing along, it's hard to not feel a sense of bliss when listening to it!

So charming and adorable right? I bet you wanna get up and dance!

Like what you hear and see? Keith’s “Lucky Fans Tour” Contest offers the chance for fans like you to win one of 10 private performances for yourself and your friends -- at your house, school, work, wherever (yes, it’s your choice)! And you enter through social media, how easy is that? The contest ends on April 19, so get to it!

Keith’s career really took off when he teamed with Schultz back in 2008 and co-wrote Jeremih’s platinum smash “Birthday Sex” (remember this song, guys?), which ended up being #4 on Billboard Hot 100. And what a perfect duo they are, both having achieved so much -- like selling a combined 10 million records!!!

Born and raised in one of Chicago’s most dangerous neighborhoods, Keith started performing when he was 9 years old, singing for his church choir while playing piano and saxophone. Keith is known for his positive and uplifting lyrics, despite growing up with the constant sound of gunshots outside of his window.

Now that’s what I call inspiring.

Colleagues have described his music as a contagious mix of Pharrell Williams, Bruno Mars, and John Legend (which I totally have to agree!), and his voice as a soothing mix of Teddy Pendergrass and Barry White.