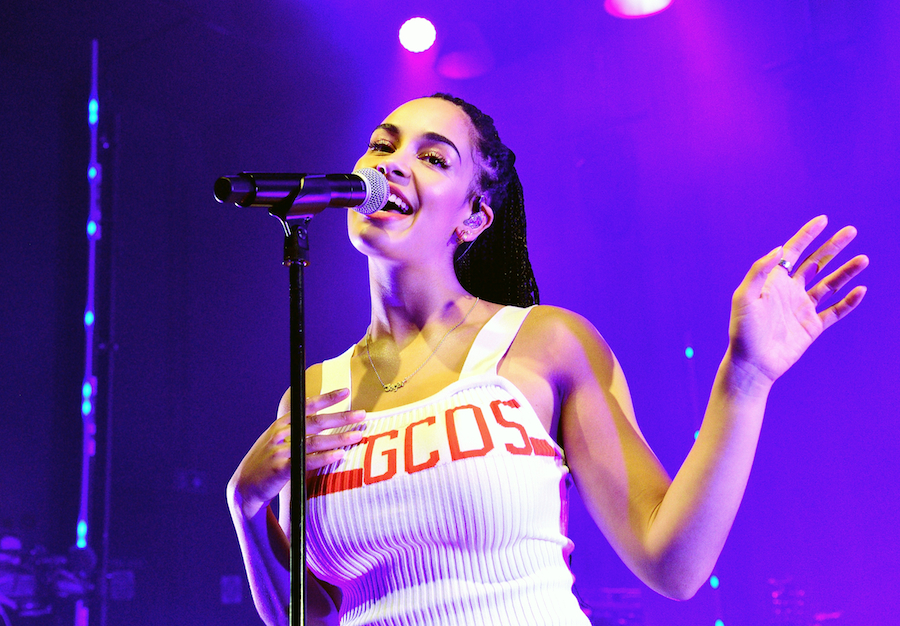 I first heard British singer Jorja Smith’s impactful vocals on the Black Panther soundtrack for the track “I Am” and immediately fell in love. If you’re a fan of the neo-R&B wave going on these days, Smith is the perfect addition to your collection!

Getting her start on Soundcloud in 2016 with the release “Blue Lights”, she followed up later that year with singles “A Prince” featuring Maverick Sabre and “Where Did I Go?”. Drake cited the latter as one of his favorite tracks at the moment during an interview with Entertainment Weekly, and it also appeared in an episode of Issa Rae’s HBO series "Insecure". After finding success with “Where Did I Go?”, she followed up with the release of her EP Project 11.

Expectations were high for 2017 with many outlets labeling her as an artist to watch, and Smith certainly lived up to all the hype. Her jazzy vocals made an appearance on Drake’s latest album, More Life, for tracks “Get It Together” and “Jorja Interlude”. The same month of the album’s release, she also came out with “Beautiful Little Fools” on International Womens’ Day, a somber call-to-arms for women to discover their self-worth. The beautiful music video features Smith acting as women from various social positions, but all with the same level of sadness reflected in the lyrics.

While her work with Drake definitely gave her career a boost, Smith’s talent and persistence is entirely her own. Her soulful stylings, reminiscent of her cited inspiration Amy Winehouse, went on to influence “Teenage Fantasy” and “On My Mind” featuring U.K.-based producer Preditah, which was described by The Fader as “a love letter to U.K. pirate radio culture.”

This year, the singer will be going on a North American tour with 14 stops in major U.S. and Canadian cities, kicking off next weekend at Coachella. In addition to her touring, the singer has already been busy with the release of single “Let Me Down” featuring British rapper Stormzy. She also won the Brit Critics’ Choice Award in January and performed at the ceremony with singer Rag’n’Bone Man.

The future is looking incredibly bright for this rising star. Whether she’s collaborating with big names in the industry or releasing more meaningful content, she’s sure to do well!