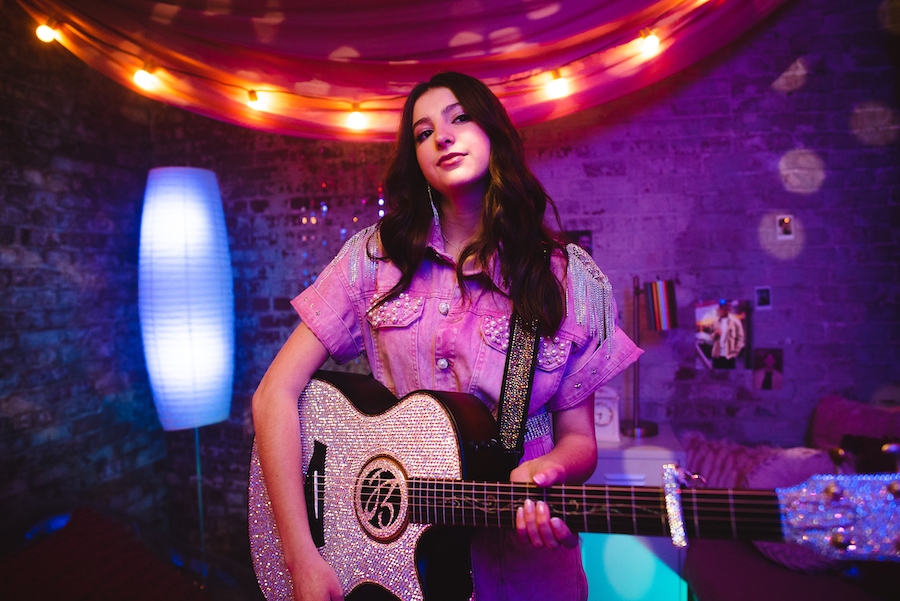 If you love country, pop, or really any heartfelt songs with amazing vocals, you have to check out Jordana Bryant! Jordana is a singer-songwriter from Pennsylvania who just officially moved to Nashville this week. She recently filmed a music video for her song “Guilty” with renowned director Roman White, opened for Restless Road, and performed at CMA Fest.

Jordana has a record deal with Riser House, and her newest song “New Friends” just dropped today! Earlier this week, we chatted with Jordana about her songwriting, recent performances, newest single, and more! Check it out below!

YH: How long have you been writing songs, and how did you get into the country-pop genre specifically?

JB: My dad played in a lot of country rock bands when he was growing up. He played guitar all throughout high school and college, so I kind of grew up hearing it around the house all the time… He showed me a lot of artists like Garth Brooks, Patsy Cline, and Loretta Lynne. I really fell in love with country music specifically because I feel like it's so visual and you can really picture any song you hear… And it’s super focused on the story, which is something that I really love. When I was, I want to say 10, after begging for a guitar, I finally got one for Christmas. My dad started teaching me, and shortly after that, I started writing songs.

YH: As a Pennsylvania native moving to Nashville this year to attend Belmont University, what are you most excited for when it comes to living in Tennessee?

JB: We actually just moved into our new apartment yesterday, so we have, like, no anything, no furniture. But I’m really excited to be here full time because I feel like just getting to be surrounded by people who, like you, love music and it’s what they want to do with their lives is really cool... In Nashville, you can just walk into any bar on Broadway and hear someone incredibly playing.

YH: Your music video for your last song, “Guilty”, reached almost 500k views. What was your experience filming that video?

JB: Oh my gosh, it was such a blast! So, Roman White directed it, and he’s done so many Taylor Swift and Carrie Underwood videos. I’ve been a fan of his for a while. He’s so funny, and it was a really cool experience filming. I remember, two years ago, my dad and I were looking on his website and there was a place to send in business inquiries, and so we typed one up like, “Hey Roman, would love to work with you!” He never responded. So, when we were on set, I was teasing him about that. I was like, “Roman, did you not get my email two years ago?” But I was 14 then, and I had braces and I was barely, you know, starting to come to Nashville, so I’m glad we made the video when we did and not back then. It was a really cool experience to film in a jail cell. We made it super glammed up and super girly, and I feel like that’s really fun because, usually when you think of a jail, you don’t think of pink and glitter. 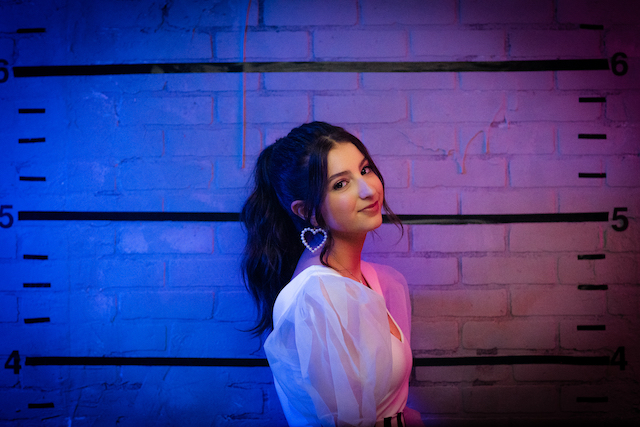 JB: Yeah, completely. Some of my inspirations are definitely Taylor Swift, Carrie Underwood, Kelsea Ballerini… also Ed Sheeran, who’s not really in country music, but I really love his songwriting… His melodies get stuck in your head, and I love trying to emulate that with my writing. Some of my older influences are Dolly Parton, Reba McEntire, Patsy Cline. I feel like those women really paved the way for women in country music, and that’s really inspiring to me because they’ve made it possible for people like me to be pursuing our dreams today.

YH: You recently opened for Restless Road and played at the CMA Fest in Nashville. What was that like?

JB: The Restless Road show I actually got because they were doing this thing on TikTok where they were like, "post a video and we're gonna pick the one that does the best and have that person open for us." So I was like, what the heck, I'll just film a video. I was not really expecting anything, but then they picked my video and I got to open for them in DC! CMA Fest was also such a blast, it’s really cool how you get to bounce off the crowd. It was also the first CMA fest I had ever been to as an attendee because it had been shut down for two years.

YH: What was your experience like writing songs during the pandemic?

JB: A lot of people in Nashville who I wanted to co-write with, previously I would have had to have been in town for, but because of Covid, everyone was doing Zoom co-writes. I got to write with so many people, and I feel like every time you write with someone different, you kind of learn something, because everyone has a different writing style. Also, the pandemic was a really great opportunity for me to have more time to start posting some of my music. A lot of us were feeling isolated, and I was feeling that way too, so I wanted to kind of create a community, you know, create a place where we could all say how we were feeling… I really enjoyed getting to connect with people through it.

JB: Ah, that’s a good question. I would say either Dolly Parton or Reba McEntire. They are such a big part of the legacy of country music, they just are such inspirations for me, especially as a woman in country music.

YH: Your song “New Friends” comes out on Friday, June 24. It’s definitely the perfect Summer song to blast on a long drive with the windows down. Can you talk a bit about the process of writing this song?

JB: I came up with the idea for “New Friends” one night after one of my friends had blown off our plans. I was kind of just feeling like we were drifting apart. Friends drifting apart and making new friends is just a part of life, but it’s hard when someone who has been such a big part of your life starts to become less of it, so I wanted to write a song about that. I wrote it with three other girls, Lydia Vaughan, Claire Douglas, Danielle Blakey. Shortly after we wrote the song, I posted a clip of it on TikTok because I feel like there aren’t enough songs about friendship break-ups, and a lot of times that’s harder than romantic break-ups, because that person has been in your life longer. I posted a clip of it hoping that it would resonate with some people and maybe help them if they were going through the same thing. It was really cool to see that, for a lot of people, they could really relate. We rushed to finish it up and record it, get it mixed and mastered, and upload it. I can’t wait for everyone to hear it! 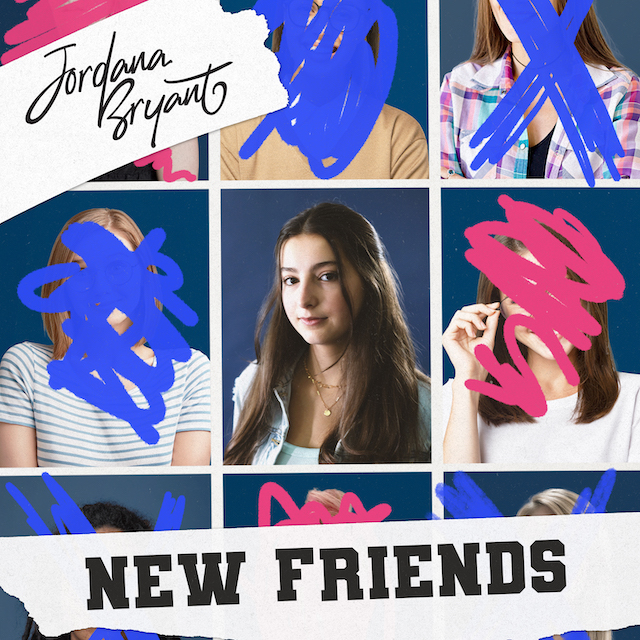 YH: What should your fans be on the lookout for in the near future?

JB: There’s definitely a lot more music coming. And possibly a project… we’ll see! But yeah, there’s a lot of new music that we’re going to be releasing in Summer and Fall, so definitely stay tuned!

Check out “New Friends” below, and be sure to keep an eye out for all things Jordana Bryant!