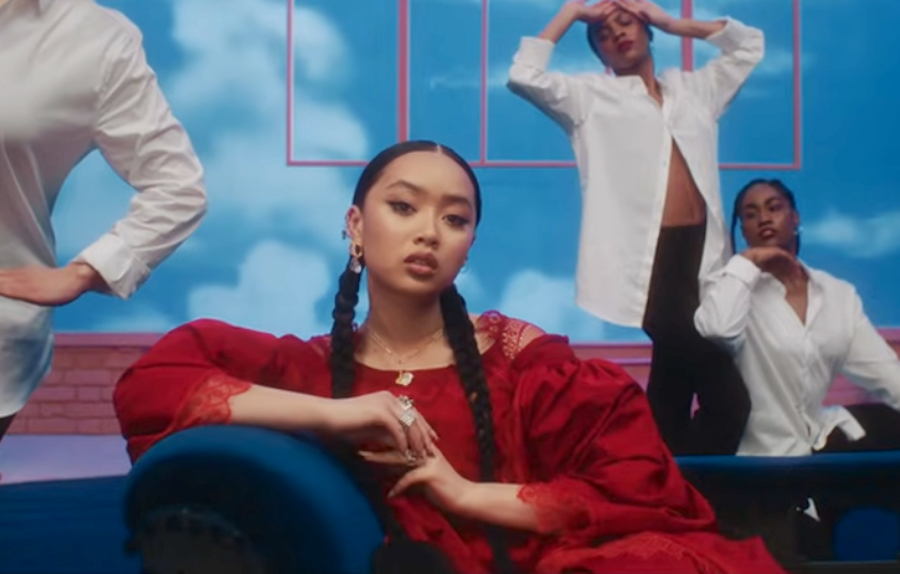 At just 20 years old, Sarah Faith Griffiths (AKA Griff) is really making a name for herself. Signed to Warner Records, the British artist has just released her first-ever mixtape titled One Foot In Front Of The Other, and I just have to say it is INCREDIBLE and it has been getting massive amounts of attention from Griff’s fans, old and new. Taylor Swift, Kendall Jenner, and more have been sharing Griff’s new music as well! She has all the makings of a pop star, but with a sound like nothing you've ever heard before.

The budding British music star spent her quarantine in her parents' house, cultivating a sound so unique and her first lengthy music project. In 2019, she started releasing a few singles and a small EP here and there, but with this debut mixtape, Griff is showing off every musical skill in her toolbox.

Each song on this mixtape has its own life story, and it feels like a very cinematic project. Griff’s sound, while completely unique, can be best explained as a mixture of Julia Michaels and Ellie Goulding, yet also nothing like that at all (have I confused you yet?). The thing with Griff is, you are really getting an entire listening experience with every single song. Though she has said she is heavily inspired by music geniuses like Taylor Swift, Mariah Carey, and Mary J. Blige, the new artist is in a league of her own. This mixtape may not have all of the cleanest cuts and smoothest production, but that is exactly what adds to its undeniable charm.

After a year of writing, creating and releasing music, Griff is now all set to go on tour this Fall. Let’s just say, if I were currently in the U.K., I would be snatching up tickets to see her ASAP!

After earning the Rising Star Brit Award last year, things for the artist are only looking up. She has most definitely grabbed everyone’s attention, including ours, and her music continues to get reposted by some of the biggest stars and names in music.

We cannot wait to see everything she does next! What is your favorite song from One Foot In Front Of The Other?