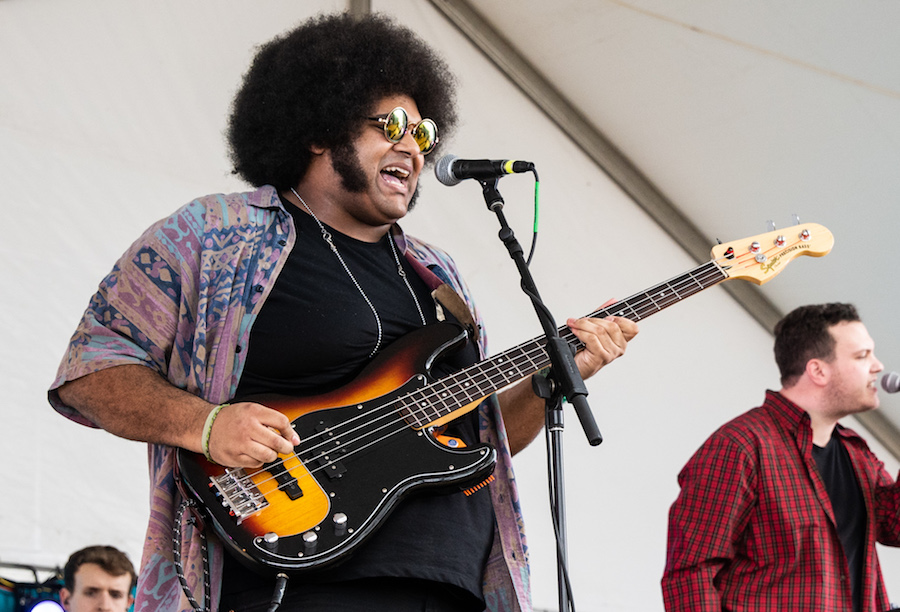 We’ve got a new artist on our radar, and while he himself may not be “new” to music (he’s been writing song & rap lyrics since he was 13), he’s certainly been appearing in places where he’s never been before.

His name isDylan Cartlidge and he hails from the U.K., but recently he’s been making a stir here in the States. “The Afronaut”, as he describes himself in his Instagram bio, has already established himself in Europe, having played big festivals like Reading & Leeds and Glastonbury, and even appearing in a documentary based around his town of Redcar in England.

And despite Coronavirus causing some travel restrictions, Cartlidge’s music is still finding its way to the U.S. Recently, his single “Yellow Brick Road” was featured on renowned radio stations like Southern California’s KCRW & KROQ, as well as Minneapolis’s GO 96.3. He even appeared on IHeart Radio Live U.S!

Cartlidge cites a variety of artists as his influences, so it’s a bit hard to pin him down into one genre. Some of those inspirations include Kid Cudi, The White Stripes, Tame Impala, andOutKast. With an array of influences like that, Cartlidge is pioneering his own genre, one that we’re not sure how to describe just yet. Psychedelic Alt-Hip-Hop maybe? It’s hard to say, but we are totally here for it! And we’ll leave his latest single, “Summertime”, here for you! That way you won’t be out of the loop when he blows up for real...