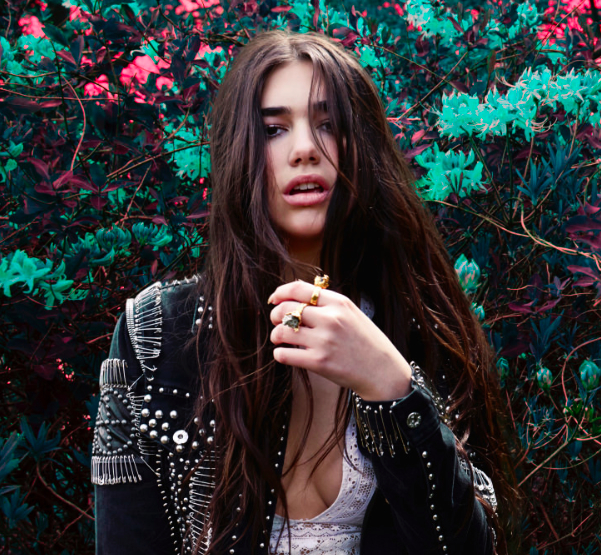 At just 19 years old, Dua already has a musical sound that you will fall in love with in just one listen. The London-bred singer-songwriter left her home at 15 to live with her friends, and her music is a reflection of that mature attitude. Her voice closely resembles that of Amy Winehouse and Lana Del Rey and we’re really digging it.

The music video for “New Love” definitely showcases a more youthful vibe (remember, she’s still a teenager!) complete with bubble-blowing, balloons-strolling, inflatable slide-sliding, biking, and twirling sparklers. The video gives us a sense of wanderlust, and, hey, we want to frolic right alongside you, Dua!

The music video caught the eye of Maroon 5, who tweeted a link to the video, calling Dua a “Great new artist that [they] love.” The video’s already got over 100,000 views and counting!

Apart from “New Love,” Dua doesn’t have a whole lot of official content just yet – but that doesn’t mean you can’t hear more of her! Dua’sSoundcloud page has several tracks to keep on repeat until her anticipated debut album drops later this year through Warner Music Group. She does a rendition of Chance The Rapper’s “Cocoa Butter Kisses” that gives fans a little taste of her rapping skills, which we definitely hope she showcases more in her upcoming album! Her softer side comes out with sexy covers of John Legend’s “All Of Me” and Rihanna’s “Stay”.