Morrissey (Finally) Pens Novel But Keeps Mum on Its Plot! 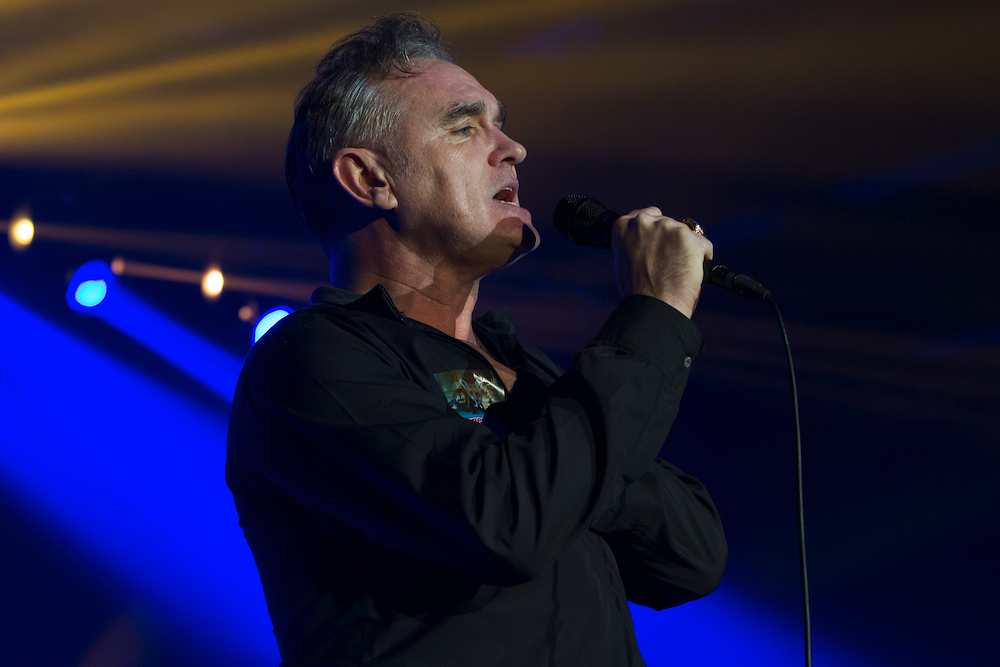 Morrissey, everybody’s favorite angsty but intelligent teenager trapped in a 56-year-old man’s body, has finally done something we all thought he did but weren’t cool enough to know about yet -- He’s finally written a novel, due out on September 24 in the U.K., entitled List of the Lost. No word yet on when it will be released in America.

Ever since the '80s, when Morrissey was fronting his first band The Smiths, he has been boasting about his love of famous classic author Oscar Wilde and almost begging us to draw comparisons between the two of them. (I mean, The Smiths do have a song called "Oscar Wilde", just saying.) So, it’s about time, at the ripe age of 56, that he puts out a novel; however, I should be clear that isn’t his first time writing a book, but it’s his first FICTIONAL literary work. It was back in 2013 that Morrissey was only 54 and released his largely successful and long-awaited autobiography entitled (wait for it) Autobiography.

But the hanging question is, what the heck is List of the Lost going to be about? So far, no plot details have been released, but the cover does show a black and white photo of a track runner carrying a relay baton, as he is completely exhausted on a run. The picture is over a backdrop of complete orange, like a Wheaties box, so I would reckon that this book will be about some sort of Olympic athlete, but I can’t assume anything because that just doesn’t sound like Morrissey’s style to me. Also, I don’t think you can fully understand Morrissey because I don’t think he fully understands himself. (Tell me that does not sounds like a title of one of his songs.) So in short, don’t listen to any of my previous speculation on the plot of List of the Lost.

Right now, there is no pre-order available on Amazon U.K. (trust me, I checked), so those of us in America really have no way of knowing when we can get this book (unless you’re cool enough to have a foreign book hook up). It’s a bit of a bummer considering I do plan on buying the book even without possessing any plot details or critical review, because I believe in Morrssey, darn it! And you should too! Especially since he said his autobiography made more sales than any record he ever produced, so I kind of want to keep that streak going.