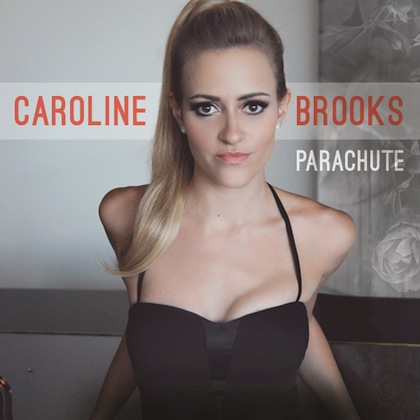 The first thing you may notice about Caroline Brooks is that she is fierce. The Tyler, Texas, native has piercing eyes and an attitude that dares you to challenge her. Brooks is slowly climbing the charts of the indie singer/songwriter scene, as her single “Parachute” rose to #16 on the iTunes singer/songwriter chart and was first featured in the trailer for the Kate Hudson film, A Little Bit of Heaven. Brooks recently released the heartwarming music video for “Parachute”, starring herself and former WWE star Shad Gaspard, in which the two embark on a journey that displays the song’s theme of strength and courage. I dare you to watch this video and not be moved:

Brooks’s lyrics remind me a bit of Sarah Bareilles, while her vocal abilities bring to mind Kelly Clarkson -- it doesn’t just roar, it thunders. I would not be surprised to see Brooks edge her way to the top of the charts in the very near future.

Her first music video, “Tomorrow, Tonight”, popped on the scene when it premiered on “Entertainment Tonight,” The Huffington Post, and AOL’s Music Channel:

Be sure to keep up with Caroline on Twitter (@carolinebrooks7) and Facebook. She may be coming to play your city soon!