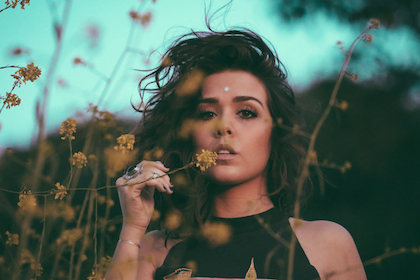 Pop has a new princess, and she goes by the name Bean!

“Yes, just like coffee bean, pinto bean, string bean, et cetera,” as the young artist describes in her YouTube bio. A Nashville native, Noelle Bean was raised around music but didn’t pick up a guitar herself until early 2010, at which point she instantly fell in love with the creative process. Soon after she learned to play the guitar, she also took up writing music, eventually entering the music scene with a YouTube channel that she launched on her own in 2011. This global platform gave Bean a space to share her musical journey, her pop covers, and her original songs! With an infectiously adorable personality and even more delightful vocals, it’s no surprise that Bean gathered a fan base just as quickly as she picked up her knack for music.

Take a peak at Bean’s first ever YouTube video below!

Using the same soulful voice and sweet melodies that swooned her online audience, Bean landed a recording deal with STRZ in September 2014. Since then, she has released an EP, including popular songs such as “Rollercoaster” and “Cops and Robbers”. With five years of artistic development under her belt, Bean now describes her sound as “pop with a twist”. More specifically, the star says that she gets her musical inspiration from a wide array of artists such as The Beatles, The Bee Gees, and The Temptations. Whether these artists are some of your long time favorites or you’re looking for some new songs to savor, be sure to check out Bean’s Motown sound!

Watch her most recent music video below to see just how far Bean has come!