5 More New TV Pilots to Look Forward to This Fall! 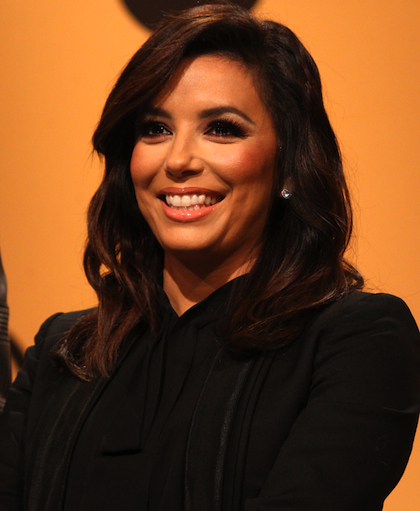 As the networks are already preparing for the 2015-2016 TV season, it looks as though they have narrowed down their pilots to a promising few. I already told you about these 5 back in March, and now here are 5 more interesting shows that will hopefully hit the small screen this fall:

1. “Boom” (ABC): This modern-day Wild West tale takes place in North Dakota during the biggest oil boom in recent history (remember that this show is fictional, so don’t run off to North Dakota trying to find oil). An adventurous young couple heads to the plains to get their hands on some sweet black gold, and they encounter a motley collection of oil barons, oil workers, criminals, and other sneaky prospectors. I appreciate a good Wild West tale, and a decent one hasn’t hit the small screen in quite some time. Not to mention one of the character's names is actually Kelly LeFever, so you know that this has to be fun.

2. “Zoo” (CBS): Starring cutie James Wolk, “Zoo” sounds delightfully insane. All over the world, animals have begun to randomly attack humans for no discernible reason. As the attacks become more calculated and cunning, a young biologist (Wolk) is forced to figure out the mystery of the killer animals before its too late. “Zoo” is based on a James Patterson novel and has already been picked up (filming just began in New Orleans). I always thought that Wolk was adorable on “Mad Men” and “The Crazy Ones”, so hopefully this will be the show that bolsters his stardom.

3. “DeTour” (Fox): Based on the actual life of Weezer frontman Rivers Cuomo, this series follows the fictional Rivers as he decides to abandon his rock star life for a bit to pursue a dream he missed out on in his youth: college. He actually lives in the dorms, eats in the cafeteria, and even meets his college sweetheart (whom he later marries). The single-camera comedy sounds incredibly sweet and charming, and as someone who somedays wishes to go back to college, this hits a soft spot for me.

4. “Baskets” (FX): This innovative new comedy, created by Louis C.K., has already been ordered to series and will premiere in 2016. Starring Zach Galifianakis, “Baskets” follows a man as he leaves the corporate world to chase his dream of being a clown. After an unsuccessful stint at a clown college in Paris, the only job he can find is as a rodeo clown. This doesn’t deter him from pursuing a career as a respectable clown, no matter the odds. The premise of “Baskets” reminds me a bit of a “Simpsons” where Homer decides to go to clown college. Although I find clowns petrifying (as does anyone who has watched or read It), I find the idea of “Baskets” to be charming. I am also eager to see more work from Louis C.K., whose current show “Louie” may be the most unique comedy on TV.

5. “Telenovela” (NBC): Yes, I know, I featured “Telenovela” before, but I am now happy to report that the comedy has officially been picked up for 13 episodes. Developed and written by “Cougar Town” executive producers, “Telenovela” stars Eva Longoria as the star of Latin America’s most popular telenovela, where the drama off the set is just as insane as the drama on it. As a fan of telenovelas and Longoria, I so cannot wait for “Telenovela.”

Which new show(s) are you looking forward to the most?