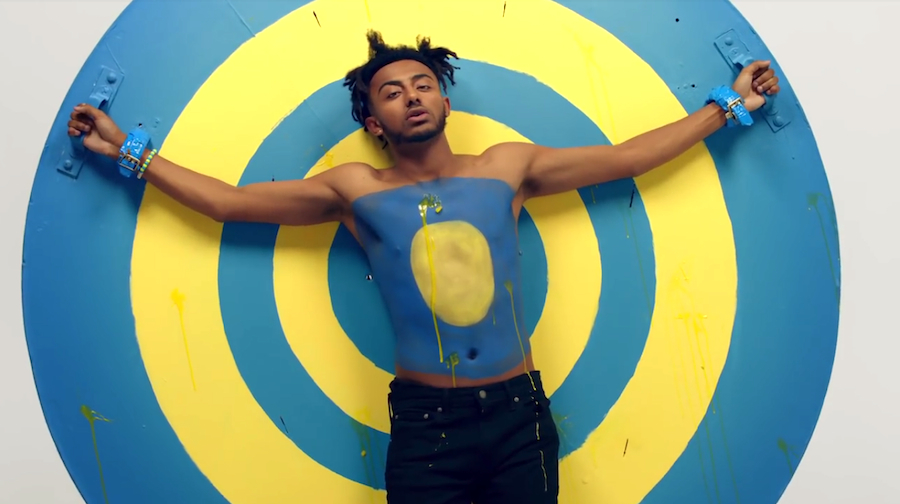 There is always that one song that makes you want to get up on your feet and just bounce around the room full-adrenaline. Well, it is quite clear that hip-hop artist Aminé is a master of not just one, but plenty of songs that are more the capable having such a powerful effect. Born and raised in Portland, Oregon, he is definitely in tune with his rhyme game and honestly we ain’t mad about it! Having just wrapped a successful world tour in 2017, along with releasing some worldwide hits, the only way is up for this young rapping sensation and we can’t wait to jam along to his new rhymes.

Born Adam Aminé Daniel, this young artist was actually not into rap until early in high school. Having grown up in Portland, he was very much into basketball and played for the school team until he was cut in his freshmen year. As a result, he turned to rap and his original intention was to create music with friends through use of the school radio microphones, but in the end he discovered his rap talent and sudden desire to pursue it.

As young as he is, he has already achieved so much. In 2014, he released his first mixtape, Odyssey To Me, and in the same year also released his debut EP, En Vogue. The following year he released his second mixtape, Calling Brio. Shortly after, his hit single “Caroline” peaked at Number 11 on the U.S. Billboard Hot 100 chart and was declared triple platinum by RIAA.

In 2017, he released his debut album, Good For You, featuring his new hit single, "Spice Girl", and it could not be more lit. Zigazig-ah!

Check out the video for the song below, featuring cameos by Golden Globe-nominated actress Issa Rae and one of the OG Spice Girls herself, Mel B! (Slightly NSFW)

Okay, its pretty clear that Aminé is pretty much the best thing that could ever happen to hip-hop, and 2018 is looking like a good year for him to bless us with even more of his unique sound and swaggy beats. Until then, we will be holding onto the “spice boy” vibes he has given over that last few years!