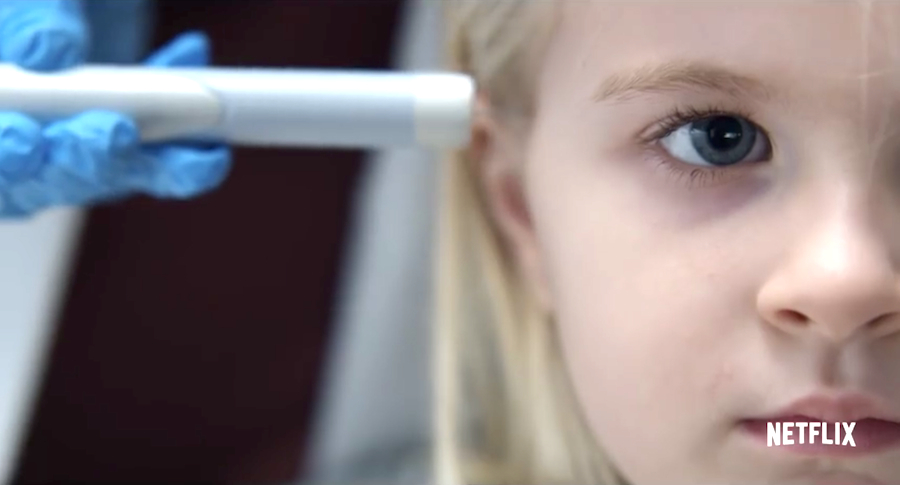 If there is anything Netflix is good at, and will continue to be good at for the next couple of centuries, it is probably creating and producing shows that are top quality, binge-worthy, and too intense for our minds to process at times. With the newest season of “Black Mirror” out, the horror and mind games are only getting deeper and harder to figure out. More and more confused brains are emerging after following the show’s series of very puzzling storylines. "Black Mirror" may be the best show out at the moment, but a guide for understanding some of the episodes would be nice too! So without further ado, here are some of the most perplexing moments of "Black Mirror" explained!

It is always good to start off on a high, but this episode was pretty deep with the message it was actually trying to convey behind all of the chaos. As much as we were firmly holding onto our seats waiting for the Prime Minister’s next move, it was exactly that reaction that the episode is trying to address. With technology on the rise and the power of the internet, it basically has enough power to run the world and have everyone pay attention to anything “trending” at any given time. We are so focused on news and media that we stop paying attention to what is right in front of us, which could lead to our detriment if not addressed!

Season 2: Be Right Back

Grief can be extremely difficult and the emotions of losing a loved one can feel impossible to bare at times. This episode focuses on the effects that loss can have on an individual and sometimes how crazy it can make them. Martha does everything she can to recreate her late husband but even with every physical aspect of him present, his soul and his “true self” can’t be restored and are gone forever. This episode is about learning how to let go and finding a way to move forward in life. A person cannot be brought back no matter how hard we try. We have to find a way to live, if not for ourselves, for them.

This episode has it all, from constant killing to unjustifiable tears, it really hits all the elements of creating a mind-boggling episode. The biggest misunderstanding that follows from this episode is why Mia would cry as she acted violently and killed. Her downward spiral into complete murder mode seemed like it was intentional, so… why the tears? Some critics believe that the tears may have been a reference to “crocodile tears”, which would explain why her sorrow and expressions seemed insincere. Unless, she really just was upset after realising she murdered four people. We’ll never know!

Judging by the name of the episode, the average person would expect some sort of happy ending or positive outcome to this story… NOPE! This may be one of the most compelling and honest storylines in the entire series. Privacy is important, and trying to stick your nose where it does not belong comes with consequences. The truth behind this episode is, parents need to find a way of staying involved in their children’s lives without needing to spy or follow their every move. These days technology allows them to track at all times. This can seriously ruin any family relationship and can even lead to the child shutting them out. In this case, through murder. So, Dear Mom and Dad, try not be so crazy with tech! Thanks!

Do you believe in fate? Do you believe in true love? This episode targets that question and all that comes with it. In modern society, dating sites and apps are trending and less face-to-face meetings are happening. So… what if your app became real and you only had a set time to find your ultimate match? Would you be able to “chat” like you would through DMs? Well, Frank and Molly tried until they began to feel the pressure of time constraint and realised how illogical the system was. Their retaliation against the app, allowed them to meet in real life at a bar, setting up a new love story. Apps and dating sites can be helpful but getting to know a person face-to-face can be the greatest way to find your ultimate match. You don’t even have to know them that well in the beginning! Its just matter of putting yourself out there and finding someone with similar interests!

"Black Mirror" has successfully put us into self-reflection mode through the important messages each episode secretly conveys. It is up to us to put the message to good use and change ourselves for the better which will eventually lead to changing the system. So thank you, "Black Mirror", thank you!