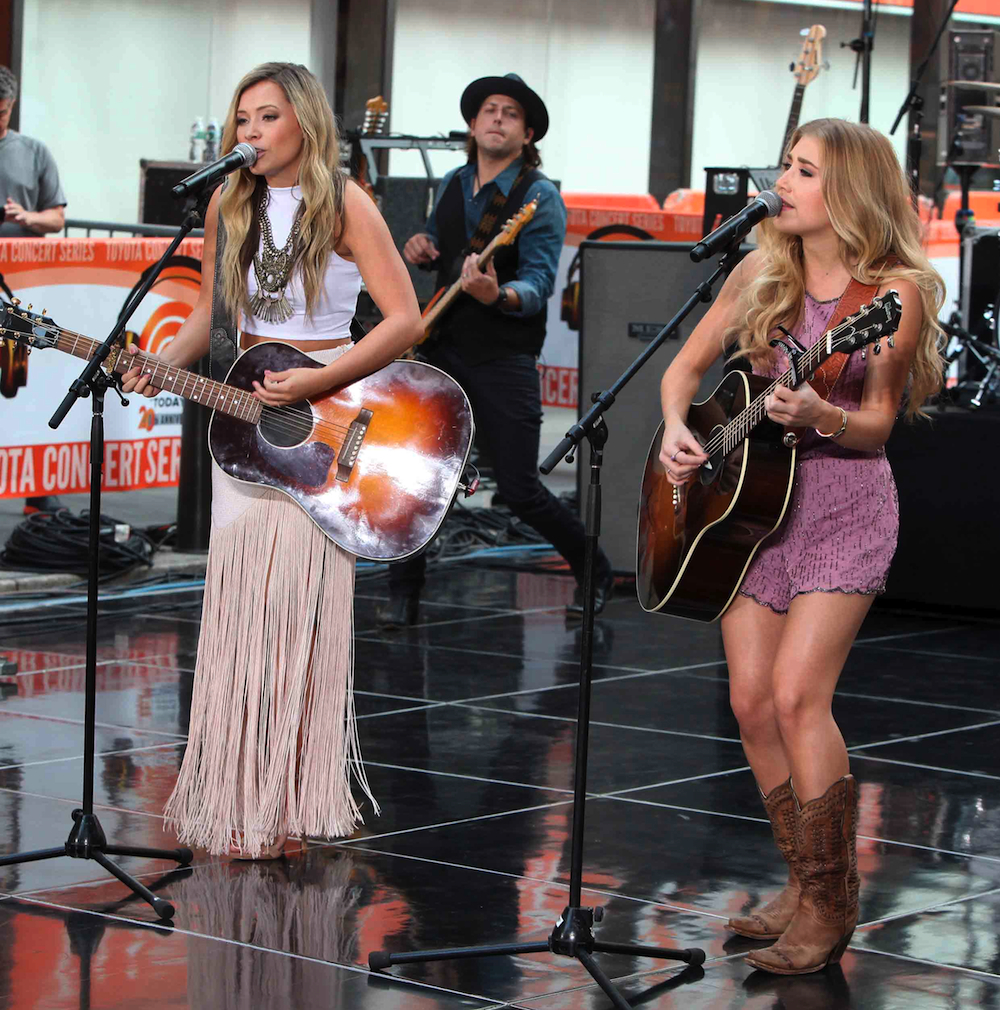 YH readers, we love this dynamic duo! Maddie & Tae first stepped onto the scene with their smash hit “Girl in a Country Song”, which topped the chart at #1! Who doesn’t love this song? The video is also one for the books. Don’t believe me? Check it out!

Signed to Dot Records, their album, Start Here (released in August), was an instant hit with fans. A few of my favorites include “Shut Up and Fish” and “Your Side of Town”. What I love about Maddie & Tae (aka Madison Marlow and Taylor Dye) is that they do such a great job blending in pop while preserving the root of their country sound. Their second single, “Fly”, is a beautiful ballad that featured an incredibly empowering message, and the video is a great visual representation for it. It’s never too late to go after your dreams.

The girls also gave YH a live performance of their song “Fly” and we talked with them about their passion for music.

The girls have also been nominated for not one but three CMA Awards, including New Artist of the Year, Vocal Duo of the Year, and Music Video of the Year. We are so proud of all their accomplishments and we can’t wait to see what the future holds for them!
Make sure to follow Maddie & Tae on Facebook, Twitter, and Instagram. Their official website also gives information about upcoming tour dates. Don’t want to miss that!
(Photo via WENN)
- Brittany Taormina, YH Contributing Writer