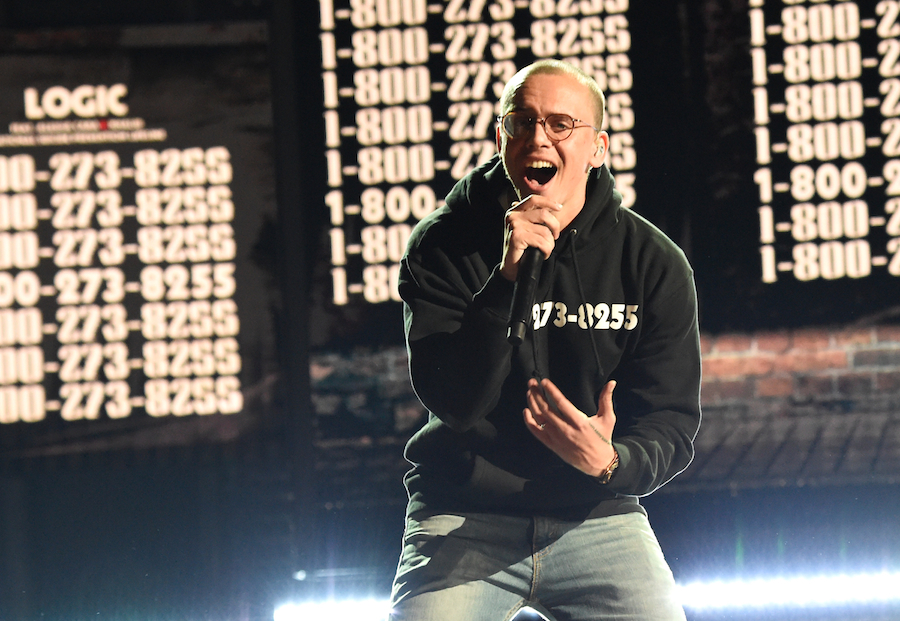 Sir Robert Bryson Hall II, also famously known as Logic, has become the talk of the world of music over the past year, with his powerful sound built around messages he feels strongly about, making it all the more unique. He is the epitome of greatness by using such a high platform to raise awareness for issues in the world that the mainstream media tends to cover up and keep in the dark. He is the real deal, and every song is just as real as the other! He is certainly an artist to keep on your radar, and we can only hope that our boy Bobby keeps hitting us up with those jams!

It wasn't always back-to-back hits for the rising star, though. Growing up, he did not have the healthiest environment around him. There were plenty of bad influences, but the one thing that got him through was his connection with music and the love and support he received from people who enjoyed what he could do. Although he was so talented with the rhymes, it wasn't as easy in the classroom. By the tenth grade, he had been failing every subject except English and eventually got kicked out of school. However, this setback became an opportunity for him to fully dive into his music career, and he soon released his first mixtape Young, Broke, and Famous. At that moment, a rising star was created!

Due to his ongoing success and charismatic performances, he soon signed with Def Jam Records and by October 21, 2014, he released his debut album, Under Pressure, selling over 70,000 copies in its first week after debuting at #2 on the Billboard Top Hip-Hop/R&B Chart. If that was not incredible enough, his second album, The Incredible True Story, was released on November 13 the following year and it surpassed his debut album on the Billboard 200! It debuted at #3, with a combined first-week sales of 135,000. Now that's what you call logic!

First came rap, and then came Top 10 albums, and then came his hit single "1-800-273-8255", the lead single of his third album, Everybody. The album debuted at number one on the US Billboard 200, but it was his work ethic and courage to share his lead single with the world and use it to raise awareness of people contemplating suicide that resonated with so many fans across the globe. Rightfully so, the single went triple-platinum and reached a high of number 3 on the Billboard Hot 100. Its overall sound and message is one of the realest and most honest in the history of music. It sends the message that you are not alone making it that much more valuble.

Apart from having such a glamorous music career, his life outside of music is just as successful! He married his wife, Jessica Andrea, who is also a successful singer, and the two have been together for five years. Talk about goals! The power couple continues to take over the world with their rhymes and harmonies, and may very well be the best thing we have ever witnessed in our existence. Here’s to hoping Logic continues with his logical ways!