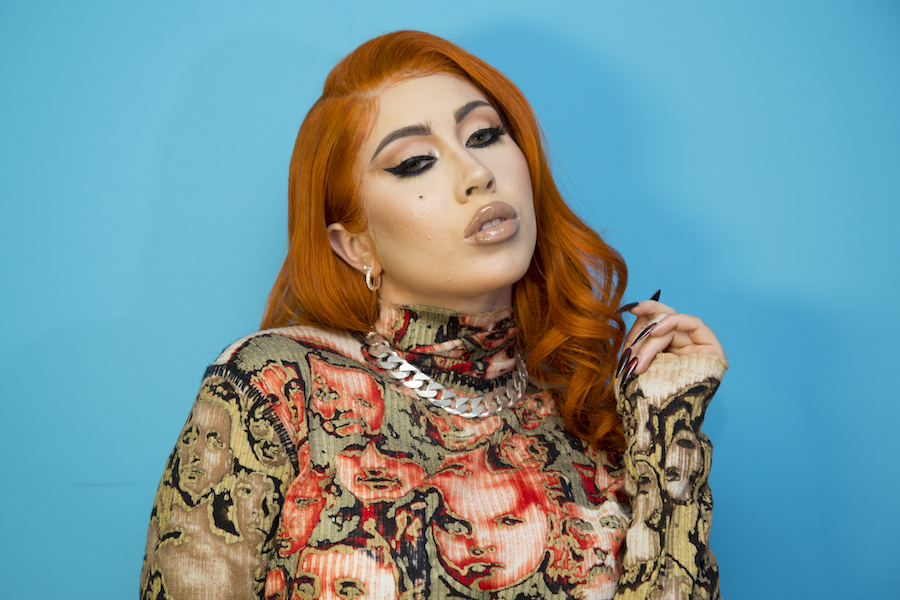 If you haven’t heard of Kali Uchis, you may be living under a rock (or don’t have a TikTok). The Colombian-American singer-songwriter is taking the world by storm following the November release of her sophomore album, Sin Miedo (del Amor y Otros Demonios) ∞, and her track, “Telepatía” has taken her to new territories.

The success of Kali Uchis did not come overnight. The singer began her musical journey when she self-released her 2012 EP, Drunken Babble, which she recorded in her bedroom. Fast forward to 2018, she released her debut album Isolation, where she showcased more of her musical capabilities and included aTyler, the Creator collaboration in the R&B inspired track, “After the Storm”.

“Sin Miedo” landed the Colombian-American her first-ever No. 1 on Billboard’s Latin Pop Album chart. But what many do not know is that Uchis took a chance at recording the album predominately in Spanish, despite being told otherwise. For the singer, recording an album in Spanish was a dream come true. She told Billboard, “A lot of people told me that an album in Spanish would be like moving backwards in my career,” and that it’s beautiful to see that her Spanish album is resonating with people.

With this album, Kali Uchis teamed up with Latinx artists like Rico Nasty on “¡Aquí Yo Mando!” and Jhay Cortez for “La Luz (Fín).” In addition, Kali recently became a first-time Grammy winner for her collaboration with Canadian DJ Kaytranada, “10%”. The song picked up the award for Best Dance Recording.

Last month, Uchis dropped the long-awaited visual for “Telepatía”, the song that helped her reach new heights by going viral through TikTok. The video, self-directed by Kali, takes us back to Pereira, Colombia, where she was born and spent some of her childhood. Kali wanted the video to feel natural to showcase the country's beautiful magic that she has the honor of calling her home.

So, if you haven’t given Kali Uchis a proper listen, please do. You will not regret it!