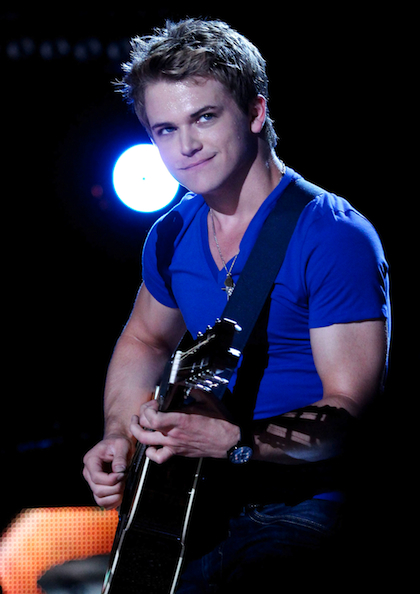 Although country music is very big market, especially in the good ‘ole U.S. of A., it is not very often we see a crossover artist who has the entire package and potential to become more popular than just the country-loving genre he/she started out with.

In the same vein of other country crossover stars like Taylor Swift and Carrie Underwood, newcomer Hunter Hayes is set to take the nation by storm, and perhaps become country music’s next leading man!

Born in his hometown of Breaux Bridge, Louisiana, the 21-year-old, despite only having been in the music game for a few short years, has already had some prestigious honors bestowed upon his twangy, southern vocal prowess. He has won and been nominated for a slew of awards, including the Teen Choice Awards, the CMT Awards, the CMAs, and, perhaps the most exciting of all, Hayes is nominated at the upcoming 55th annual Grammy Awards for Best New Artist, Best Country Solo Performance, and Best Country Album!

All those honors are no shock to anyone who loves country music, though, and it’s no wonder he’s been nominated so many times and won so many awards already.

Who can resist getting up and dancing along to Hayes’s song “Storm Warning”?

And don’t you just want to sit back, relax, and vibe out to “Somebody’s Heartbreak”?

And no one can forget his most popular hit (so far), “Wanted”...

All of these hit singles, and many, many more amazingly catchy and heartfelt country songs are available on Hayes’s Grammy-nominated, self-titled debut album, Hunter Hayes. Better get your hands on a copy now and tell us which songs have you wanting to don a cowboy hat and have some good old-fashioned country fun!