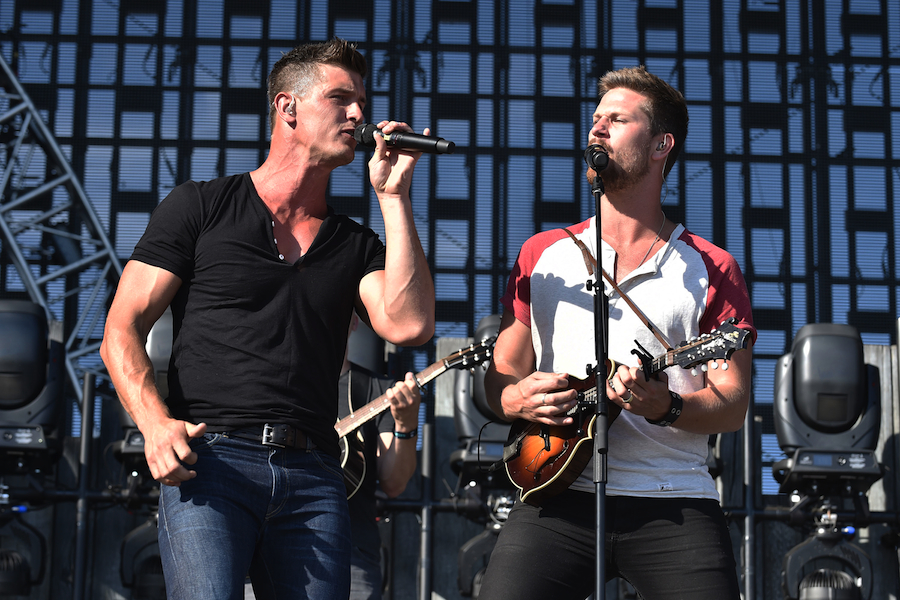 Listen up, American music fans -- High Valley is a country music duo you should definitely have on your radar!

Now, these Canadian natives have been on the country music scene for quite sometime and have had an incredible amount of experience and success in the industry. In 2007, they won Album of the Year for their album Broken Borders and Country Song of the Year at the GMA Canada Covenant Awards. In 2011, they did it again taking home 5 awards this time, including Artist and Group of the Year!

The duo, made up of brothers, Brad and Curtis Rempel, was at one time a trio along with brother Bryan Rempel until 2009. They have released four albums over the course of six years, including Broken Borders (2007), High Valley (2010), Love Is a Long Road (2012), and County Line (2014), and they also released an EP titled Rescue You in 2013. A personal favorite is “She’s With Me.” It will FOR SURE have you up and dancing in no time!

They are currently signed to Atlantic Records and things seem to be going in High Valley’s direction. Their current single, “Make You Mine” is a SMASH hit and country radio LOVES it. They call their sound “pop grass”, and it’s the best possible way to describe it. It’s a great way too show how genres can cross-pollinate, while keeping their roots. The song has even gone international and climbing the U.K. iTunes chart. They also performed at the Country to Country Festival (C2C) in London!

It looks like Brad and Curtis are going to have a busy year ahead of them. With their first major release, nothing can stop them! They make smart music a choice, such as mixing Bluegrass Country with contemporary sounds, which really sets them apart.