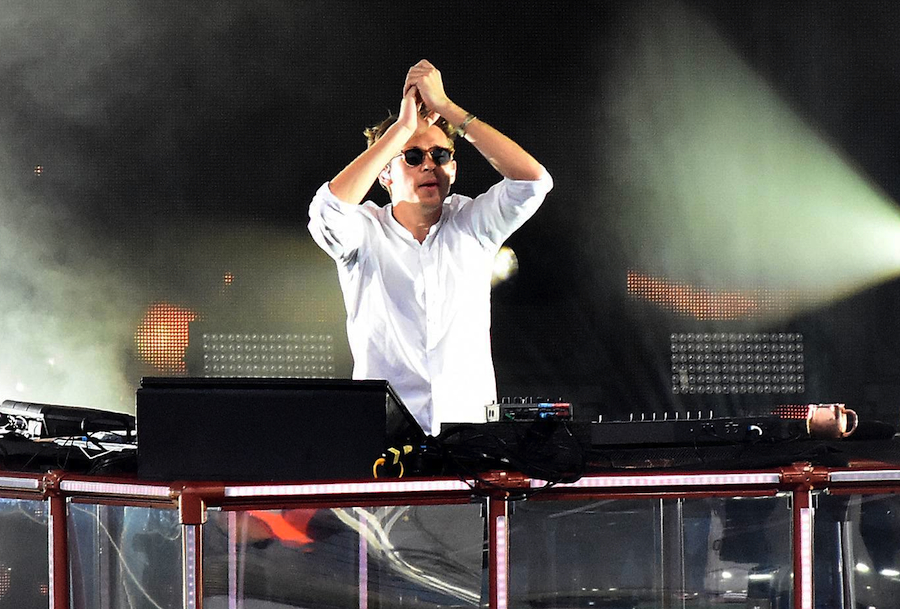 Aussie music producer Flume has been taking the world by storm in the land Down Under since 2012, when his self-titled debut album shot straight to the number one spot on the ARIA album chart. After his incredible Australian success, he signed with Mom + Pop Music in the same year and released his album in the States.

In 2013, he announced his Infinity Prism Tour and decided to make a few stops in South America and the U.S. – just a couple of minor gigs called Coachella and Lollapallooza. He also performed at this year's Coachella with Kai, is a singer/songwriter from Canada who has collaborated with artists like Diplo, Skrillex,Jack Ü, and Childish Gambino. Talk about building your resume!

If you haven’t already heard his epic remix to Sam Smith’s “Lay Me Down”, you should definitely check it out. He takes a typical ballad and makes it his own. It’s an interesting and makes you perceive the song in a totally different way.

His newest album, Skin, was released on May 27 and features 16 tracks, two of which you should definitely check out: “Say It” featuring Tove Lo and “Tiny Cities” featuring Beck.

Get ready because he is hitting the stage and heading out on a world tour! If you want to get tickets, you better get them NOW. Many of the shows across the globe are already SOLD OUT. He will be on the road from June to December, which should give you plenty of time to watch your new favorite artist.