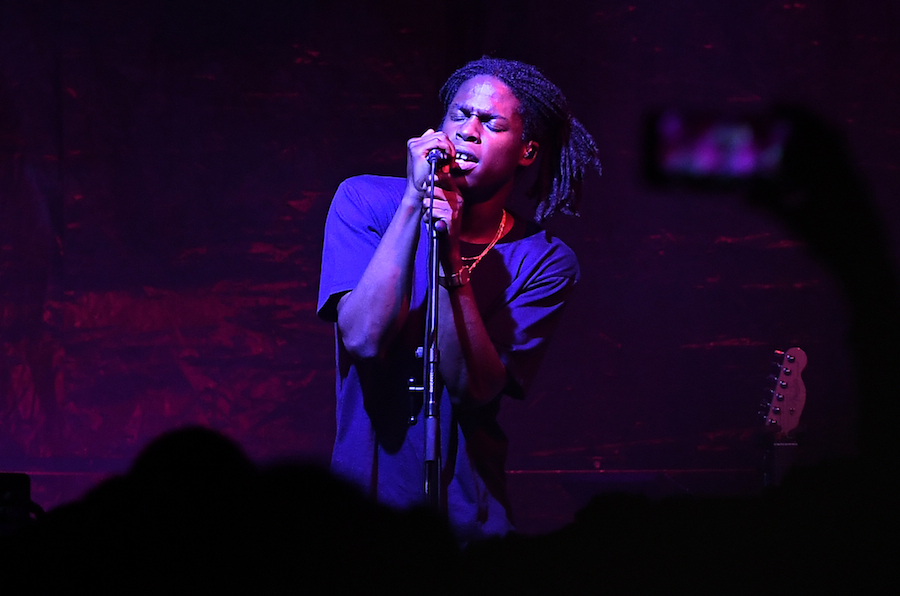 You may have noticed a well-dressed man stealing the show at the BET Awards over the weekend. Relative-newcomer Daniel Caesar, whose real name is Ashton Simmonds, featured in two performances, one with H.E.R. and one with J Cole. He joined H.E.R. on the steps on a New York City apartment building, playing electric guitar and creating a smooth harmony. He also joined Wale and Willow Smith to provide the vocals for J Cole’s emotional performance of “Friends” and “Intro”. It was a great night for Daniel Caesar, and if you liked his two great collaborative performances, you’ll love his solo stuff too!

Before he was offering his voice to tracks for top artists, Daniel Caesar’s own singing and songwriting career started off with a bang. The release of his first EP, Praise Break, was met with positive reviews, cracking Rolling Stone’s list of 20 Best R&B Albums of 2014. Daniel was 19 years old, and his album was ranked #19 on the list. Not too shabby! Rolling Stone called the album an “atmospheric pool of turbid emotion.” One listen to “Pseudo” will demonstrate how well Caesar can create a mood or an atmosphere with his music—its chant-like background vocals immerse you into a memory of listening to a choir in a big, echoing church.

Daniel Caesar grew up in Canada, where his dad was a gospel singer. Thanks to his father’s influence, Daniel Caesar often incorporates a gospel sound into his songs. After high school, he moved to Toronto where he struggled to find a place to live and slept on many friends’ couches. Since then he’s come a long way—his third album, Freudian, was released in 2017 by the record label Golden Child Recordings, which he helped found. That same year, Freudian was nominated for a Grammy for Best R&B album, and his single “Get You” with Kali Uchis was nominated for Best R&B Performance.

Shawn Mendes, a fellow Canadian, is a big fan, tweeting “Feeling @DanielCaesar music on a legit physical level.. if you haven't you must get involved right now.”

“Blessed”is a good example of the phenomenon Shawn describes. Listen to “Blessed” and feel yourself take deep breaths. Feel your ears strain and your mind quiet as his voice gets just a bit softer. Another big Daniel Caesar fan is none other than former President Barack Obama, who chose two Daniel Caesar songs for his list of favorite songs of 2017: “Blessed” and “First World Problems”, which is a Chance the Rapper song that Caesar features on. If it’s good enough for a music-savvy former President, it’s good enough for us all.

Next year, you just might see Daniel on stage at the BET Awards again, this time accepting an award of his own. We hope he’ll still perform too, though, because who else can bring that silky-smooth soul to the stage?!