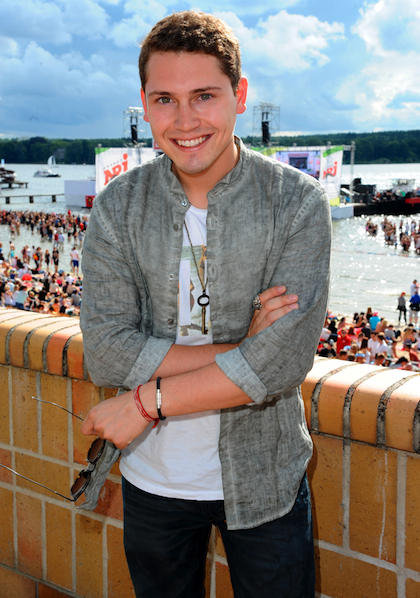 Looking for a young, new artist that’s making a splash in the music industry? You have to check out Cris Cab.

Cris Cab, AKA Cris Cabreizo, isn’t your typical 21-one-year old. This Florida native started making music at the age of fourteen when his dad bought him his first studio session. After recording his first demos, a man by the name of Mr. Pharrell Williams listened to them and decided to start mentoring him. I mean, when Pharrell thinks you’ve got something special, then you must be pretty talented.

Cab has opened for names like T-Pain, Rebelution, Gym Class Heroes, and O.A.R. In 2012, he released his single with the help of Pharrell and Wyclef Jean, who also saw the talent in young Cab.

You can detect the signature sound from Wyclef in the beat behind Cab’s unique voice. Influenced by different styles, Cab spent his summers as a child in the Bahamas, which explains the reggae and soul in his voice infused with a hip-hop and pop sound.

Cab was gracious enough to come perform for us in the studio and give us his take on selfies.

But this isn’t even the first time we’ve talked to Cris! We first caught up with him at SXSW two years ago when he told us about some of his musical influences and his first mix tape, Echo Boom!

He’s come a long way since our first interview with him. Check out his newest video!

For more info, music, and news about Cris Cab, check out his website!

But before we wrap it up, let’s end it with one of my favorite Cris Cab songs featuring Mike Posner.