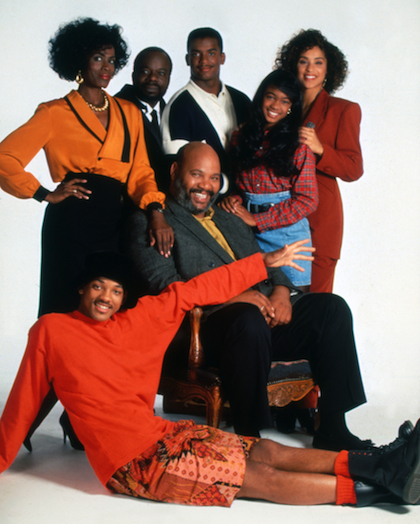 It's hard to believe, but 20 years ago, this week, the TV show "Friends" first premiered on NBC and became a staple of '90s pop culture. While the '90s were full of so many other fads and trends like jellies, wind suits, Tamagotchi, and collecting Beanie Babies (I’m finally getting rid of mine), the entertainment industry, TV especially, was experiencing its own golden age. Whenever you turned on the tube, there was something on that everyone was watching. From weird dramas to and comedies that had you grabbing your sides in pain because you were dying from laughter, the decade left us with some pretty amazing memories.

So, in that spirit of sending a little nostalgia your way, I created a list of ten great pre-teen/young adult TV shows that we all fondly remember from the '90s!

No, not the movie -- the TV show is what I’m talking about here. I feel like this show really put the next generation of Valley Girls on the map. Like, totally, if you didn’t know, you should get a clue!

Natch! Rachel, Ross, Monica, Joey, Phoebe, and Chandler were everyone's BFFs in the '90s. Rachel and Ross in particular were one of the most loved couples in TV show history.

Having Kenan and Kel, Amanda Bynes, Nick Cannon, and many more funny, young comedians together on one stage made this an awesome live action show for us all.

The phrase “Go home, Rodger” was coined by Tia and Tamera and repeated so much so that we almost felt sorry for poor Rodger.

Tia and Tamera's little brother Tahj Mowry had his own television show where he played TJ, a kid genius who skipped 6th grade straight into high school.

Way before the Olsen Twins built a fashion empire, we laughed at and loved the shenanigans of their TV uncles, especially that Uncle Jesse. Have Mercy!

This show was so beloved that they recently decided to continue it with Corey and Topanga's daughter as the star. All the old fans are tuning in; now that's dedication!

Amanda Bynes's shows came towards the end of the '90s, showing off the starlet's uncanny comedic abilities!

What were YOUR favorite shows from the '90s?