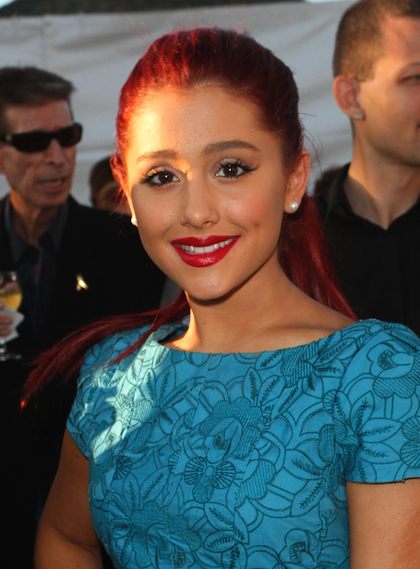 Known for her bright red locks and her girlishly gorgeous looks, Ariana Grande is way more than just a pretty face. She -- and the rest of the cast of the Nickelodeon hit TV show "Victorious", for that matter -- is ready to show the world why she can make it on her own as a great, and more than likely successful, solo artist.

Grande was born and raised in Boca Raton, Florida, and although she has made some appearances on Broadway and even in music videos (Greyson Chance’s “Unfriend You”, for example) is most notably known for portraying the carefree and more often ditzy character Cat Valentine.

And since music and the arts are such central themes and basically the entire premise of "Victorious", it comes as no surprise that Grande is uber-talented vocally. Her range is incredible, and the fact that she can not only hold her own on stage but also act as well is quite simply astounding.

Besides being a musical powerhouse, Grande also has a fairly huge social media following, with over 3 million followers on Twitter, where she frequently interacts with her fans (or, "Arianators", as they refer to themselves), and a popular YouTube channel where she covers many popular songs, and even posts many of her original music.

…and Frank Ocean’s “Thinking ‘Bout You"…

…to a hugely popular rendition of Rihanna’s “Only Girl (In the World)” and Lady Gaga’s “Born This Way”.

Besides her outstanding covers, which really do a justice to the originals, Grande is also working on her own original music, with an album slated to be released soon!

Be on the lookout for this red-headed bombshell, because it’s no secret that she has big things in her future!