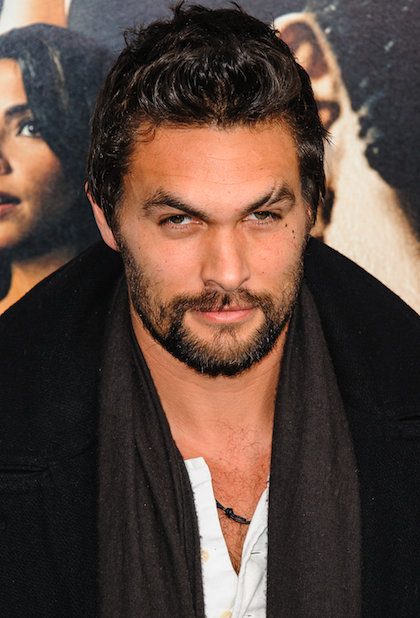 Let’s face the truth: When it comes to the pantheon of DC superheroes, Aquaman is not exactly front-and-center. His costume looks as though Ariel from The Little Mermaid decided to attempt a “Project Runway” challenge, and his "power" is to talk to sea creatures (that is just not as cool as being able to fly). Despite his shortcomings, though, Aquaman has always been one of my favorite superheroes. He just has such a sweet sincerity to him that makes me want to root for him.

It looks like there are a few other Aquaman fans out there too, as he is set to appear in the upcoming DC brawl-fest Batman v Superman: Dawn of Justice. Director Zack Snyder is currently finalizing the designs for the character and has mentioned that he will be stylized as the King of Atlantis. In the film, Aquaman will be introduced as someone who is furious with Superman over the damage he caused to the oceans after in his final battle in Man of Steel (get in line, buddy!).

To make Aquaman even cooler, “Game of Thrones” actor Jason Momoa has been cast as the king of the sea creatures. Momoa starred as the infamous Khal Drogo, who was married to the mother of dragons, Daenerys (Emilia Clarke). In what may be his greatest scene, he poured hot gold over the head of Daenerys's brother, Viserys (Harry Lloyd), when he complained that he had not yet become king. Momoa certainly doesn’t look like the previous Aryan-esque Aquamans of the comic books, nor does he possess that sleek "swimmer's build" you would expect of someone who spends most of his time in the water; he is a full-blown beefcake and is certainly going to be a very different take on the character.

Batman V. Superman was supposed to be a sequel to Man of Steel and a set-up for a later Justice League movie, but at this point, it looks as though it will BE the Justice League movie! Of course, there is no confirmation of this, but we’ve already got Batman, Wonder Woman, Cyborg, and now Aquaman in the mix. Bring on the JLA!

Are you excited to see Jason Momoa as Aquaman?