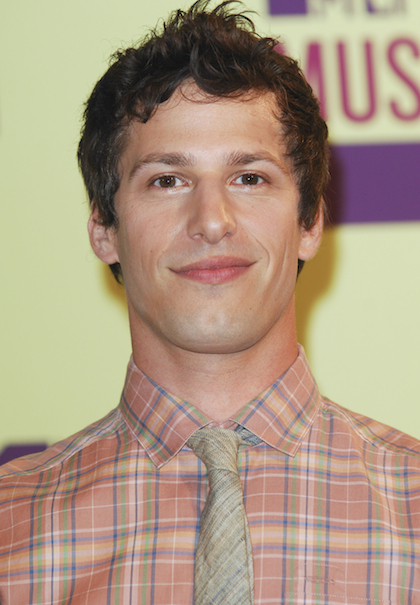 Go out and rejoice, my dear comedy nerds! "SNL" alumnus Andy Samberg will be coming back to television. Samberg will star in an untitled Fox comedy about a quirky group of New York police officers, which will be penned by “Parks and Recreation” scribes Mike Schur and Dan Goor. Samberg will not only star in the sitcom but will also serve as an executive producer.

Since wrapping up his 7-year run on "SNL" last May, Samberg has kept quite a busy schedule. He recently starred with Adam Sandler in That’s My Boy and is currently starring on the BBC Three sitcom “Cuckoo”. As a fan of both Samberg’s work and “Parks and Recreation”, I personally cannot wait for this show to air.

Fox has not been the only network to pick up a pilot in the last few weeks. The CW recently ordered a “Vampire Diaries” spin-off, and CBS brought a pilot starring comedian Jim Gaffigan as a NYC father. NBC also ordered a pilot entitled “Am Victor”, based on a soon-to-be-released novel by Jo Nesbo. The show will focus on a high-powered divorce attorney and will be written by Mark Goffman, who formerly wrote for “The West Wing.”

Are you as excited for the Andy Samberg comedy as I am?