Amazon Reveals Tidbits For Their Lord Of The Rings Series as Fox Releases 'Tolkien' Trailer! 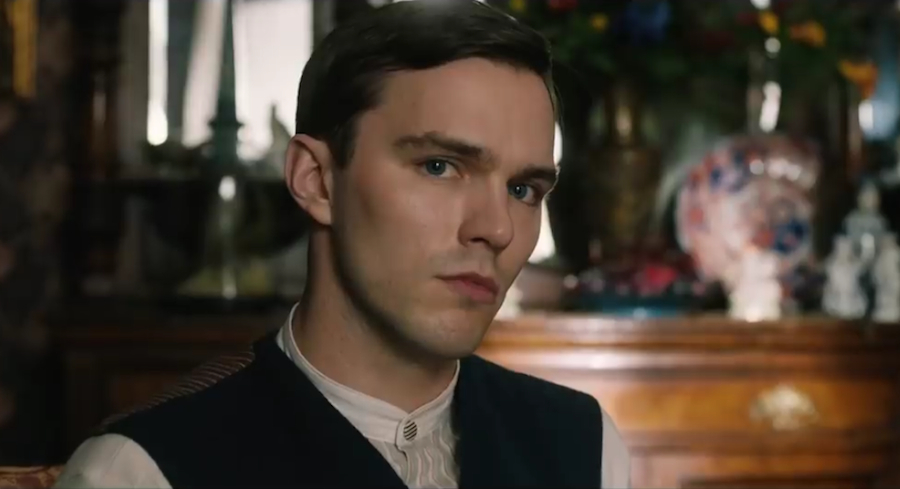 Fantasy nerds, unite! The newest trailer for Tolkien just dropped, and it’s giving us everything we’ve wanted. Non-nerds, unite also. Even if you don’t speak Elvish and worship Tolkien, Lord of the Rings is just a great story and one that probably made an impact in your life, whether you read the books or just watched the movies, or both. For casual fans, this new movie that tells the story of author J.R.R. Tolkien’s life will provide an extra layer of appreciation for his stories. Nicholas Hoult takes on Tolkien, and Lily Collins plays his wife Edith. BTW, his personal life story is super cinematic—his whole (long) Wikipedia page reads like a compelling novel itself, it’s that interesting.

So what can we learn from the trailer? First off, we are reminded of Tolkien’s knack for inventing languages. That alone could make for a good movie—I think everyone knows someone who’s talked about getting an Elvish tattoo (or know someone who already does). We see that, even from an early age, Tolkien loved telling stories. He and his 3 friends create a club, and Tolkien decides his role will be that of writer. Anyone else get goosebumps when he called it a fellowship?

Like all great writers, Tolkien took inspiration from his own life. His time on the front lines during World War I led him to imagine the dramatic struggles between opposing forces that ultimately hurt both sides. The battle scenes in his stories have more weight once you think about their real-life counterparts.

For eagle-eyed LOTR fans, this trailer has a lot to offer. Catch the face that emerges in the fire when a bomb goes off. Could it be the face of a Balrog, one of Tolkien’s many menacing creations? Similarly, fans are pointing out the final image, of a caped Tolkien standing before a giant fiery enemy. Everything In Middle Earth on YouTube points out that this could be a nod to Fingolfin and Morgoth. Tbh, this trailer breakdown really helped me remember these names, so watch here if you want even more insight.

If all this new LOTR goodness isn't enough for you, there’s an exciting development from the TV side of things too. Amazon is in the process of creating a new series based on the works of Tolkien, including those published after his death, which have never been explored before. The studio just revealed the time and setting—this series will start in the Second Age, which is some 3,000 years long. The action in the LOTR movies all take place in the Third Age, so this will be a prequel in some sense. It also might take place on, or at least feature, the island of Númenor, which was inhabited by humans before it sunk into the sea.

We are all excitedly waiting for more details on this series, including the cast (seems important, right?). For now, though, we’ll be watching all the Tolkien trailer analyses and brushing up on our Elvish in anticipation for these two exciting projects to bring us back to Middle Earth (and beyond!).