Amanda Seyfried Set to Fly Away to Neverland for Prequel 'Pan' 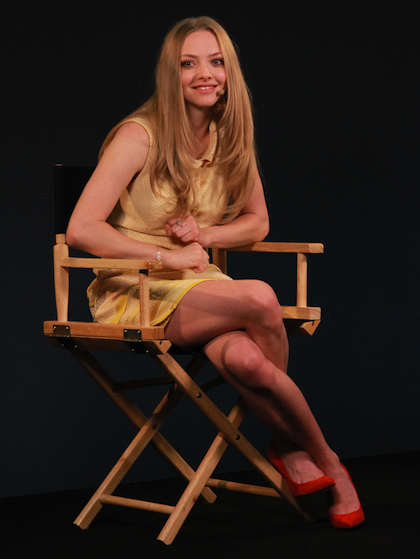 In the latest casting news of director Joe Wright’s unique take on J.M. Barrie’s classic novel Peter Pan, Amanda Seyfried is set to play the role of Mary. She joins a slew of Hollywood stars already in the film, including her Les Miserables co-star Hugh Jackman as the notorious pirate Blackbeard, who may square off against Captain Hook, played by the ridiculously gorgeous Garrett Hedlund. (I’m probably going to see the film just for him. Admit it. You are too.) Newcomer Levi Miller will play the title character, reimagined as a World War II-era orphan who gets kidnapped by pirates.

In the original novel and play, Mary is Wendy’s mother. It will be interesting to see if the character Seyfried will play is the same Mary from the book, and, if so, what role she will serve in this reboot of the origin story. Could she be Pan’s companion? Could she be a long lost relative of Tinkerbell? I’m quite curious to see how she will tie in to the overall plot.

The film certainly hasn’t skimped on characters. Rooney Mara will play the elusive Tiger Lily, Adeel Akhtar will portray Smee, and Leni Zieglmeier will play Wendy. Wright hasn’t yet revealed if there will also be mermaids, but if we’re meeting Tiger Lily, the mermaids are bound to show up, right?

Filming for Peter Pan just began on April 28th in England, and will be released on July 26, 2015.

Are you curious to see Joe Wright’s Peter Pan? Or do you really just want to see Garrett Hedlund as Captain Hook?

In the meantime, check out our YH Studio interviews below with both Amanda and (SIGH) Garrett!