Here Are All The Epic Trailers That Dropped During The Super Bowl! 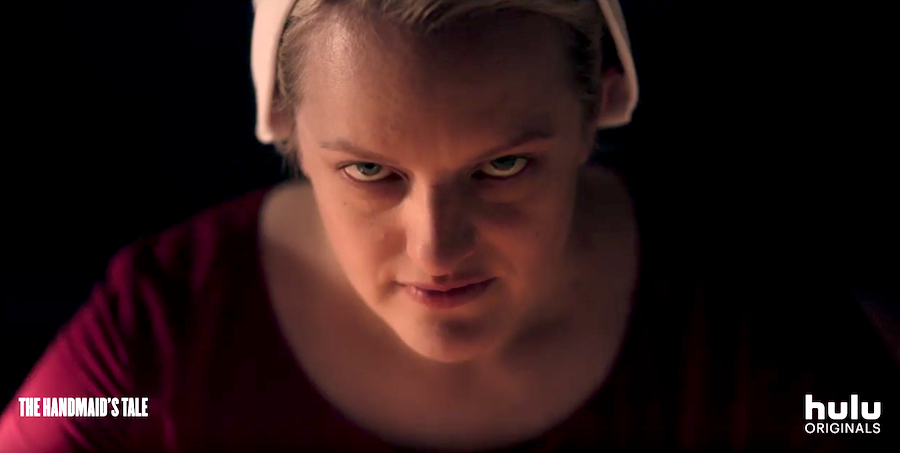 I never thought I'd say this, but not even shirtless Adam Levine could have saved Super Bowl LIII. I think we can all agree that the only interesting part of last night’s game was getting a first look at all the new movies and TV shows coming our way. There was a lot to unpack so here’s everything you need to know!

It seems appropriate, with Tom Brady finally collecting all 6 of his Infinity Stones, that we should get a new trailer for Avengers: End Game, and boy did they ever pack a whole lot of new information into 30 very short seconds. Here are the quick hits: Cap is in a support group, Tony isn’t alone in space after all, Rocket visits a cabin, Natasha shoots things, I miss Peter Parker. April 26 can’t come soon enough...

Before we even get to our old friends the Avengers, Marvel is introducing us to our new obsession Captain Marvel. The whole trailer is basically just Carol Danvers being a boss with a few sneak peaks of Nick Fury and a worried-looking Jude Law. My only question: where is goose? Captain Marvel is in theatres March 8.

It looks like Buzz isn’t having the best time when the toys hit up a carnival in their latest adventure. Keegan-Michael Key and Jordan Peele voice two new faces, Ducky and Bunny, though they aren’t quite as sweet as their names would lead you to believe... Toy Story 4 premieres June 21.

Aaaaand speaking of Jordan Peele, we finally got our first taste of the Get Out writer/director's reboot of the classic creepy anthology TV series, "The Twilight Zone", cleverly cutting into the broadcast itself as Peele wanders an empty football field speaking gibberish, ending with a new, eerie arrangement of the iconic theme music. Looks like this is gonna be a real mind-bender! "The Twilight Zone" premieres exclusively on CBS All-Access on April 1.

Jordan Peele isn't done with us yet! I don’t have words for this other than "terrifying". No wait, I do. "The MOST terrifying." I want to watch it, but I know that I don’t actually want to watch it, ya know? Us premieres March 22.

I’ll be honest, I screamed when this came on. Offred is back and she means business! Things start out quite pleasantly in this first look at Season 3, though they quickly turn very unpleasant (as things so often do in Gilead). It’s time to “wake up”, people! We don’t have a release date for Season 3 yet, but they promise that it’s “coming soon” to Hulu.

Paramount gifted us with an entire 2-minute trailer for their newest animated movie Wonder Park and it looks wonder-ful! I’m sure you’ll recognize some of those voices as well; the impressive cast includes Jennifer Garner, Matthew Broderick, Mila Kunis, John Oliver, and Tom Barker, just to name a few. Wonder Park will be in theatres starting March 15.

Scary Stories To Tell In The Dark

Something else to haunt my dreams but this time it’s Guillermo del Toro to blame. Based on the book series of the same name (you definitely bought a copy from the Scholastic Book Sale), Scary Stories To Tell In The Dark released 4 teasers just long enough to sufficiently terrify us. Fair warning: if bumps and/or bugs creep you out, turn back now. Scary Stories is coming our way in August.

Amazon has a new series coming our way based on the 2011 movie of the same name. Basically, a young girl breaks out of assassin school and fights a lot of people. It’s getting a ton of hype, and as a special treat, the first episode is live for 24 hours! The time runs out tonight, so get in there before it’s gone again (don’t worry if you miss it, the whole show is dropping in March).

Which trailer(s) got YOU most hype??