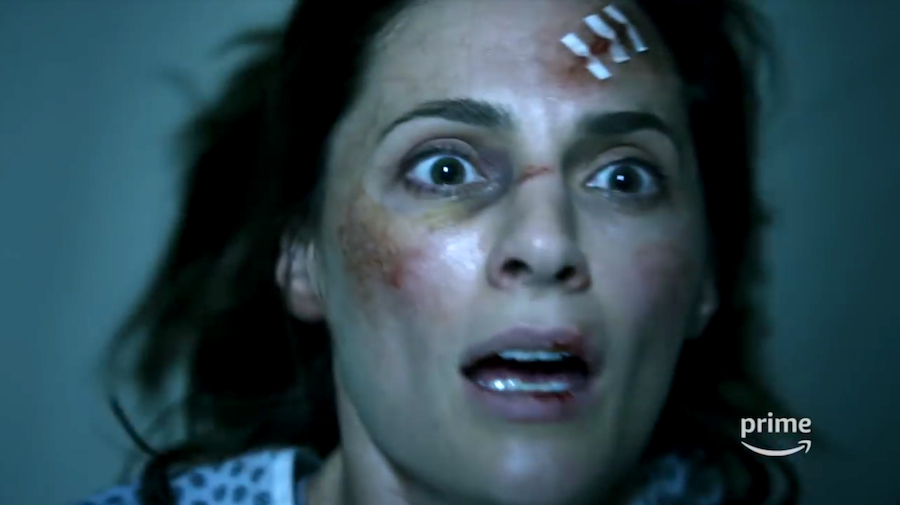 We are officially in the new year and you know what that means. A fresh set of 365 days to binge your heart out on everything this golden age of television has to offer. And to start off 2019 right, I have your next visual addiction and it is going to be one heck of a ride. Brace yourselves.

If you are like me, you too are burned out on all the cookie-cutter serial killer dramas and looking for a fresh take on the genre. Well, lucky for you, the fine folks at Amazon Prime have provided a very fresh take with a familiar face that will not only have you hooked from the very beginning but will have you coming back to truly uncover the mysteries in “Absentia”...

“Absentia” centers on FBI agent Emily Byrne, who, while working a case involving a high profile serial killer, disappears without a trace. Six years go by, and just as the supposed killer is sentenced to jail, Byrne’s husband gets a call that she is still alive. She is found in a tank filled with water, and when she is freed, she remembers nothing about what happened. What makes matters worse is, she comes to find her entire world has been turned upside-down. Her husband has remarried, and her son doesn’t remember who she is. Feeling lost, she attempts to put the missing pieces together, which ends up leading down a path that implicates her in a new series of murders. The closer she gets to the truth, the more her memory is restored, but things aren't adding up, and it seems there may be more to this story than just a simple kidnapping. This serial killer mystery touches heavily upon the conspiracy thriller genre, offering audiences everything they need to stick around for the entirety of the series.

Emily Byrne is flawlessly portrayed by actress Stana Katic, who TV audiences will recognize from her long tenure on the show "Castle" opposite Nathan Fillion. Now she trades in the light police work for some serious darkness in the world of chasing serial killers. The series doesn't give her much opportunity to showcase her comedic improv skills, but it does something far more important in unveiling that Katic has every other performance tool in her arsenal. The cast literally revolves around her performance and the other actors feed off her very well, resulting in solid performances throughout. But this is definitely Katic’s time to shine and showcase that she can take down some serious bad guys without the need a sidekick. Sorry, Fillion.

The series resonated very well with global audiences as well as Amazon Prime subscribers in its debut. It has officially been renewed for a second season and will feature a few new faces, including Matthew Le Nevez of The Widow and Natasha Little from “The Night Manager”. The highly-anticipated follow-up will premiere on the streaming service sometime in 2019. That gives everyone plenty of time to catch up on the powerful first season and try to unravel as much of what happened to Emily Byrne as possible. The answers are within...

Season 1 of "Absentia" is now available on Amazon Prime.