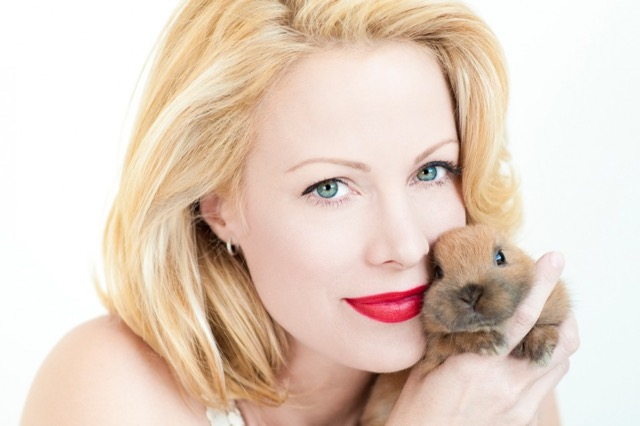 If you’re anything like me, then the best part of your day is passing by a happy dog and its owner on the street. Even if you’re not necessarily a dog person, I think it’s safe to say that seeing any animal happy is like the key to the fountain of youth.

Unfortunately, not all animals can be as lucky as Rocky the Pug you just walked by on the street. Every day, animals in need are brought into "high kill shelters" where they are put to sleep at an alarmingly quick rate.

That’s where Alison Eastwood comes in. Yes, Alison Eastwood, as in actress, film director, and producer. You’re probably asking yourself where Clint Eastwood’s daughter comes into play in all of this -- Well, when she’s not busy starring in movies like Finding Harmony (2014) and Shadow People (2013), Alison’s biggest passion is animal advocacy.

Alison helps run the Eastwood Ranch Foundation, a non-profit Southern California-based Animal Welfare and Rescue Organization which focuses on rescuing domestic animals from high kill shelters and providing care for them until a home is found. 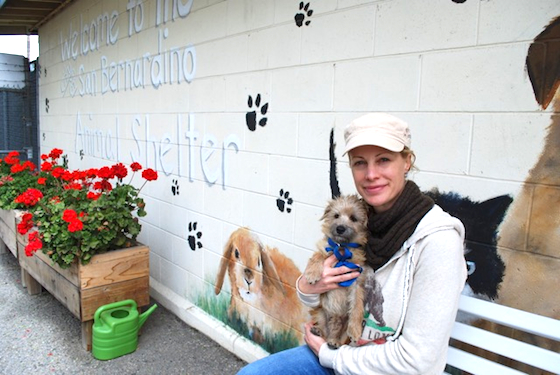 If you too are looking to get involved in helping out animals, then you’re in luck! Alison will be holding the 2nd Annual Art for Animals Fundraiser on June 4, 2016, from 6:30pm-10:30pm, at the De Re Gallery in West Hollywood. The exhibit will feature works from a variety of artists, including Brian Bowen Smith, Michael Muller, and Stephanie Hirsch, and lined up to host are Hilary Swank, Emmy Rossum, Scott Eastwood, Frances Fisher, Brian Bowen Smith, Amanda Mills, and Al Jackson.

The evening will include a silent auction for the art pieces, plus wine, cocktails, vegan hors d’oeuvres, and a chance to win a weekend for two at idyllic Mission Ranch Inn in Caramel, CA. All proceeds raised will benefit the Eastwood Ranch Foundation to assist in the support of abused, neglected, and unwanted animals throughout the world. 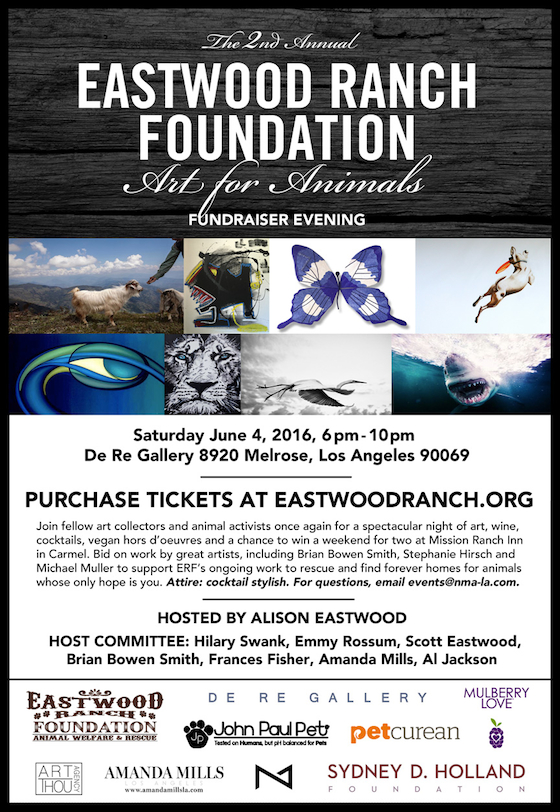 You can purchase tickets for the event here, or just donate whatever you can. The Eastwood Ranch Foundation’s site also has pet adoption application forms, which are accessible here at any time.