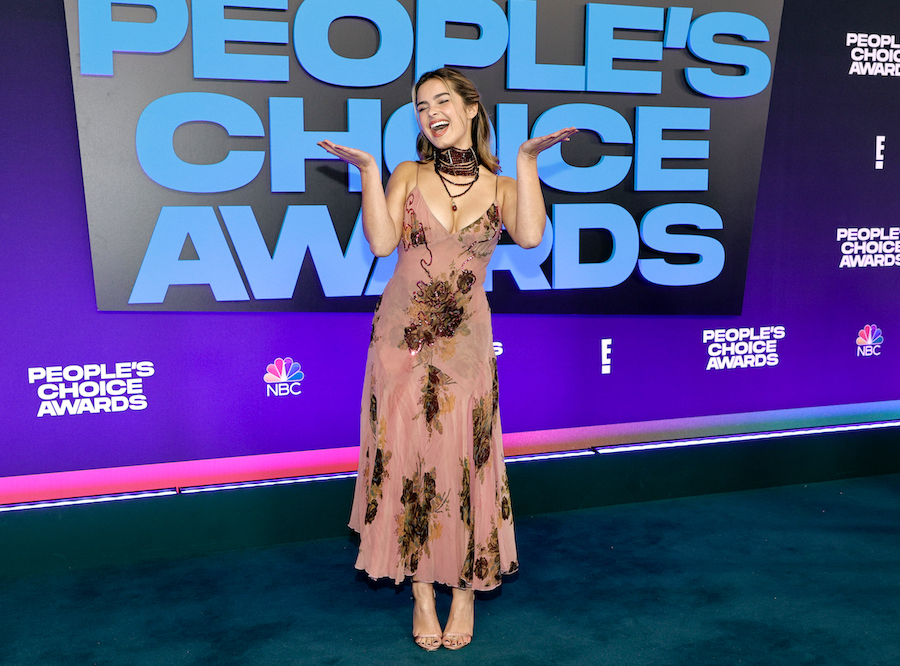 Fashion icon alert! Addison Rae rocked 2021 with a multitude of looks that make us wish we could be all that. Addison rose to fame in 2019 on TikTok but has spent the last year distancing herself from the popular app in order to pursue different paths in Hollywood. In 2021, she launched the cosmetics line Item Beauty and starred in her first film, Mark Waters’s He’s All That, which is now streaming on Netflix. Addison’s accomplishments this year are extremely impressive, but we have to say, one thing we are the most impressed with is her style.

Here are Addison’s best looks from each month of 2021!

Addison started off 2021 showing off her New Year's Eve look, which was a gorgeous black and mesh mini-dress that has us fawning! She captioned the photo “2021, BRING LOTS OF FUN”, which we can confidently say it did for Rae. I love this look because it is simple yet edgy, which is a perfect combo!

Everyone loves a casual look that screams “I want to look good but don’t want to look like I tried too hard”, and this is exactly what Addison served us in February! She took to Instagram to show off her daytime casual outfit that consists of a flower cardigan and bra top paired with baggy jeans. Now this is a look I want to wear to brunch; thanks for the inspo, Addi!

In March, Addison didn’t hold off at all and debuted her single “Obsessed”, which became available on March 18 on all platforms. To celebrate the launch, she shared a photo of herself from the music video, and her outfit is to die for. In the pic, she sports a cropped white tank and leather pants. I love this look on her because of how edgy it is; it really fits the essence of the songl. She tied it all together with wet beach waves and a smokey eye, which has me wishing my hair could look like that.

While on a trip to the beach, Addison stunned her followers by showing off her perfect beach look, which consisted of a flowy black mini-dress. I love this look because it’s super functional for the beach; all you need to do is throw it over a swimsuit and you’re ready to go! BRB looking for a dupe!

Addison let fans get a sneak peak of a photoshoot in May and the photos were stunning! Not only was the volume in her hair something we all can envy, but her red gingham set paired with pointy red heels has me so jealous.

In June, Addison shared photos from an impromptu sunset photo shoot! Here the look consisted of a silky white dress with a high slit paired with cowboy boots! I have to say, the boots are a statement with this dress and I’m living for it!

Here Addison rocked a high neck halter bodysuit that almost appears to be tie-dye design; the top also has a cut out on the stomach that is laced up! Not only do I love this top, but it’s her ability to accessorize that brings this outfit together.

In August, Addison shared photos from her Vanity Fair photoshoot, which were just stunning. From the outfit to the hair, she nailed it! She sported a voluminous bob with a strapless black ball gown with transparent tulle.

Can you believe that, at just 21, Addison attended her first Met Gala?! It’s okay if you’re envious because I know I am! She wowed everyone by cutting her hair to shoulder length and wearing a red vintage Tom Ford for Gucci gown. I have to say, this hair is my favorite style of hers.

Addison was dazzling in her full-length black cut-out gown at the Elle Women In Hollywood red carpet event! She paired the dress with simple black heels that tie in the back. This look is truly timeless.

Once again, in November, Addison rocked a black full-length gown, but this time it has a deep v-neck line and she paired it with slicked-back hair and a black bow. This look was mature and playful all at the same time!

At the People’s Choice Awards, Addison hit the red carpet rocking a vintage Betsey Johnson dress and a Dior-by-John-Galliano necklace. I love this look because of the way it screams Y2K, which is making a comeback!

Nobody can deny Addison Rae thrived in 2021, through her career and style. We can’t wait to see what Addison serves in 2022!