A 360-Degree Experience with Saint Motel! 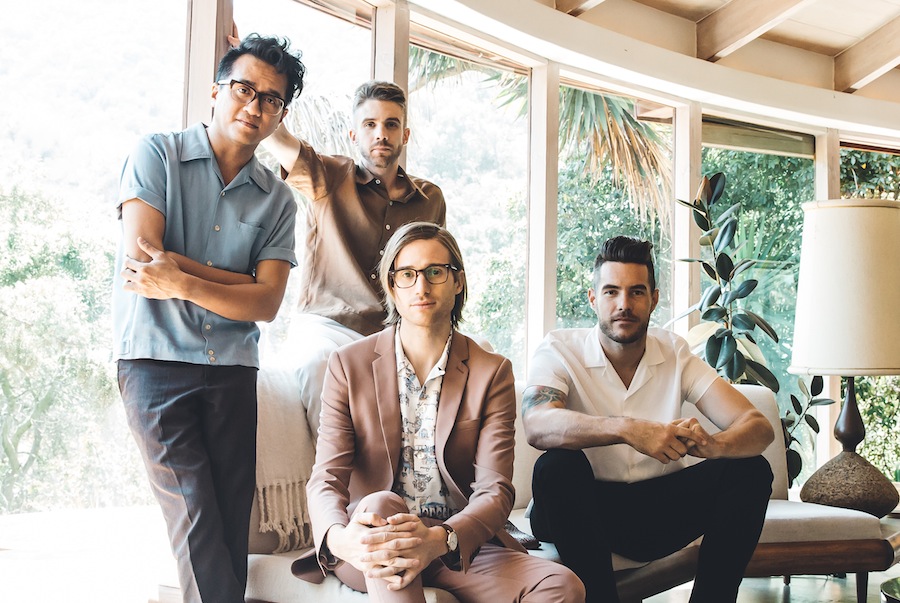 Saint Motel's new single “Move” is off their upcoming album, saintmotelevision, out October 21 and available for preorder RIGHT NOW with an array of different bundles to buy, including a vinyl, t-shirts and 3-D posters. The video for “Move” is actually an entire 360-degree experience. Check it out!

The video is a new form of “virtualizer” created by Saint Motel themselves to give fans a more intimate experience from the standard visualizer or lyric video. The use of 360-degree technology and VR goggles bring the experience to life as if you are really there.

The band took their hit single one step further and went on to perform in on “The Late Late Show” (who doesn’t love themselves some James Corden?) where they received a great response from the crowd. You’ll definitely want to get up and “move” with this track -- pun intended!

The group is heading out on their saintmotelevision tour San Diego starting September 15 in San Diego and will be hitting all of the hottest spots in the U.S. until November, including a gig at the Belasco here in L.A. this Friday (September 16). Get your tickets here!