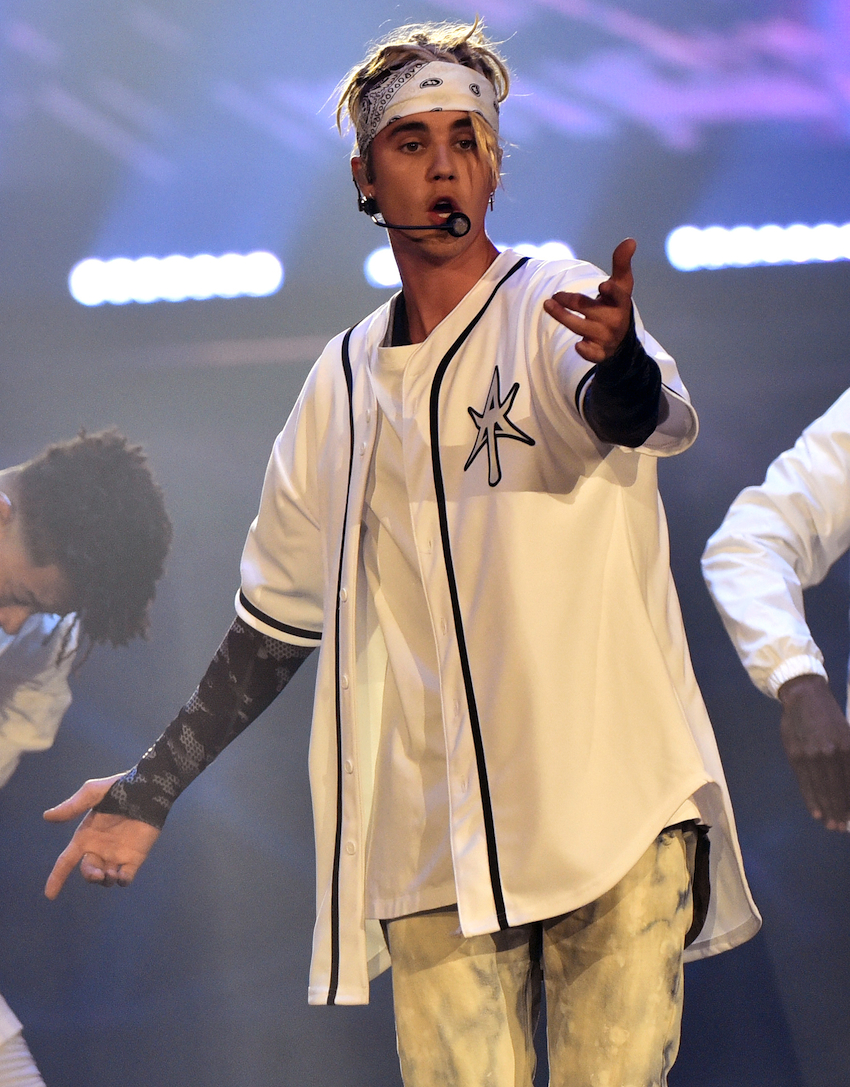 If you are a part of the millennial generation like I am (alas), then you were likely introduced to the Justin Bieber who made one girl much less lonely at each of his concerts. Perhaps you discovered Justin when he was belting out "Boyfriend" and were one of the many who thought the song was written especially for you. Or maybe you hopped on the Biebs Train a little later, after hearing the emotionally charged "All That Matters". Regardless of when you fell in love with Justin, it likely was before 2016 – a year that saw fewer ballads and many more dance-track numbers.

We know Justin can dance… but can he sing for the exact songs he can bust a move to? The answer: Yes.

Justin Bieber was made for music, but over the years, he has dabbled as a featured artist, beginning on the will.i.am. track "#thatPOWER" in March of 2013. While Justin has been featured on many songs, and has had some of the biggest recording artists featured on his work, this song was our first glimpse of a Justin who could provide vocals for a dance record. The "techno" songs he has been featured on over the past three-and-a-half years are some of his best – making him a seemingly obvious choice for DJs to work with. Here are four other examples of the Biebs breaking it down on dance tracks...

This song is not for everyone. It isn’t my favorite feature of Justin, but his vocals/rap are relatively PG in a song that is slightly X-rated for his youngest generation of fans. This was the second dance track Justin was featured on as a vocalist, where he proved he could simultaneously spit some rhymes (even if he does reference Pellegrino water) and look cute while wearing a tie-dyed shirt in the music video.

This song was a taste of Justin’s new sound after a few years without any music… and also the anthem of 2015. Preceding the release of his most recent album, Purpose, this song showed the growth of Justin the person, as well as Justin the singer. This song, one that carries a relatable message, has made for a pretty sick dance routine on Justin’s world tour this year.

This song is anything but cold; it’s fire. The anticipation and hype leading up to the release of "Cold Water" is completely justified for a track this good. Justin tweeted the countdown to this song's release, knowing the mystery would be captivating for fans and haters alike. After the incredible response that Justin’s vocals on Skrillex and Diplo’s song received, it is no surprise Major Lazer had Justin sing on what instantly became the dance track of the summer. (R.I.P. Summer) I’m still waiting for the music video to this one, please.

Because it was released only a few weeks after "Cold Water", my heart truly couldn’t handle how electric this track was. I was fixated on supporting Major Lazer’s song, but there is so much love to go around for all of the beats Justin is featured on, that I finally let myself fall in love with "Let Me Love You". I’m also (im)patiently waiting for a music video to this beautiful song, featuring some killer dance moves from the Biebs. Justin, I accept your love.

For a guy with only three albums (not including his Christmas album Under the Mistletoe, or the acoustic version of Believe), he sure does have a lot of hits.

Keep lending your vocals to dance tracks and we’ll happily continue dancing to them, Justin! I am VIBING with your new sound.