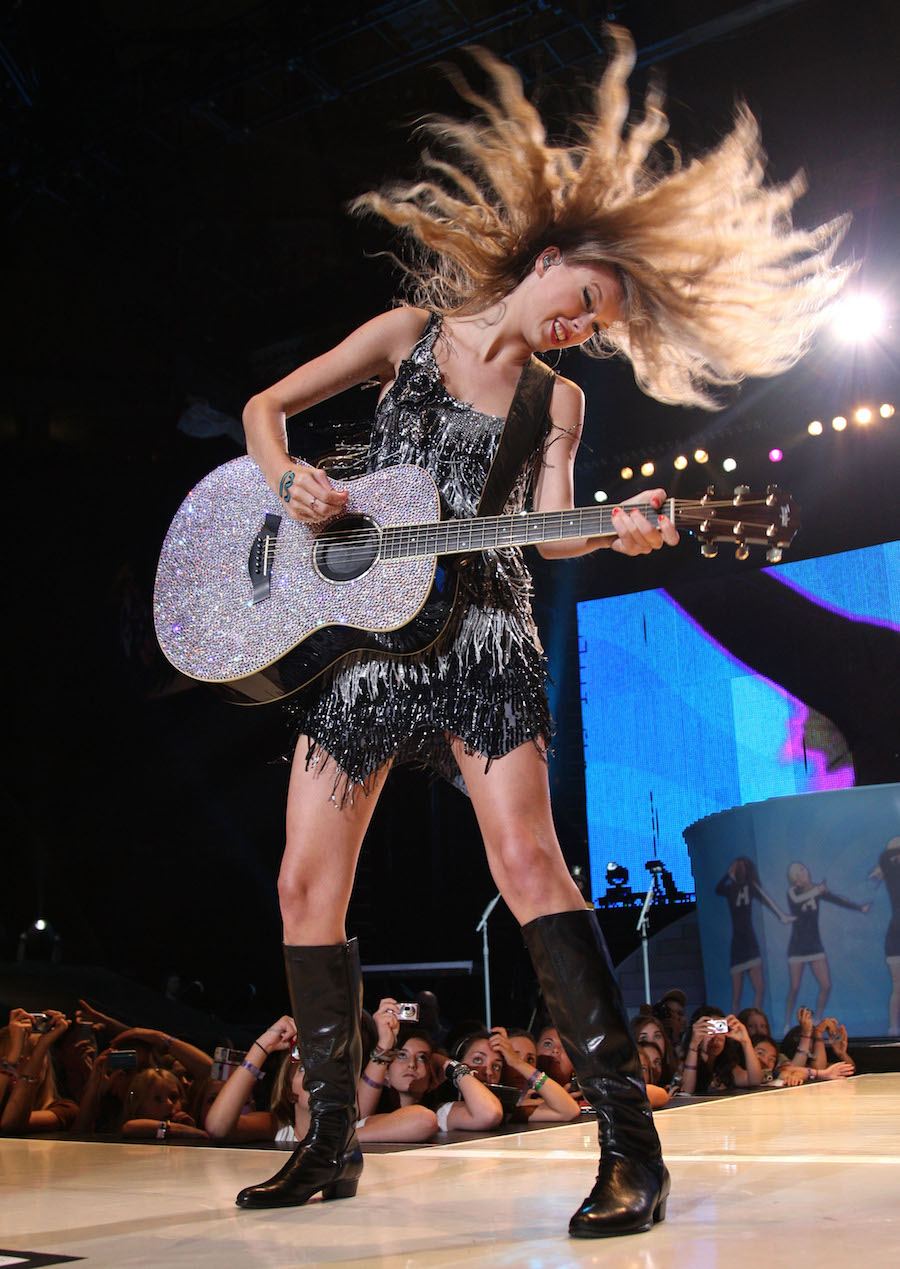 Taylor Swift's electrifying live shows are a big reason she stands out from her peers -- each performance is complete with sparkly costumes and fun visuals that help her tell the stories she associates with her songs. Whether it’s a romper or a ball gown, Taylor always has some of the best stage outfits. Here are eight of our favorites!

Taylor turned the stage into a glitzy circus while performing “We Are Never Ever Getting Back Together” during her Red Tour, wearing a bright red suit by Marina Toybina. In addition to referencing her Red album title, it helped her stand out from her backup dancers, who dressed as circus animals and clowns.

The American Music Awards named Taylor the Artist of the Decade at their 2019 ceremony, and she sang a medley of some of her biggest hits. She looked like a princess in this fun look by Jessica Jones, one of her go-to costume designers -- it had a gold bodysuit that she topped with a flowy cape to perform “Lover” on piano.

While singing “How You Get the Girl” on her 1989 Tour, Taylor wore a light-up look by Asher Levine, who also dressed her for her “Bad Blood” music video. It perfectly complemented the bright set and the glowing umbrellas her backup dancers held during the song!

Taylor wore this shiny Jenny Packham dress under a marching band costume while performing “You Belong With Me” on herFearless Tour. In the middle of the song, she pulled the band costume off and pranced around in this instead, with the fringe details dancing along with her.

Taylor serenaded the audience at the 2014 Grammys with a piano version of her fan-favorite track “All Too Well”, wearing a stunning flowy gown by Alberta Ferretti. She looked magical and the gown’s simple colors let the performance speak for itself.

This gorgeous embellished dress appeared on the Reputation Stadium Tourwhile Taylor performed “Don’t Blame Me” and a piano medley of “Long Live” and “New Year’s Day”. It was designed by Jessica Jones, who designed most costumes on the tour. We love the intricate beading and asymmetrical hem!

During her performances of “Fifteen” and “Love Story” on her Speak Now World Tour, Taylor wore this fairytale gown by Valentino. The sequins caught the stage lights perfectly and it was obvious she loved twirling around in it!

Taylor rocked this sparkly co-ord by Jessica Jones at the 2014 iHeartRadio Music Festival, where she performed hits like “Blank Space” and “Shake It Off”. It was such a fun look, and it perfectly went with the crop-top-and-skirt uniform Taylor chose to wear throughout her1989 era.

What are your favorite live looks of Taylor's?