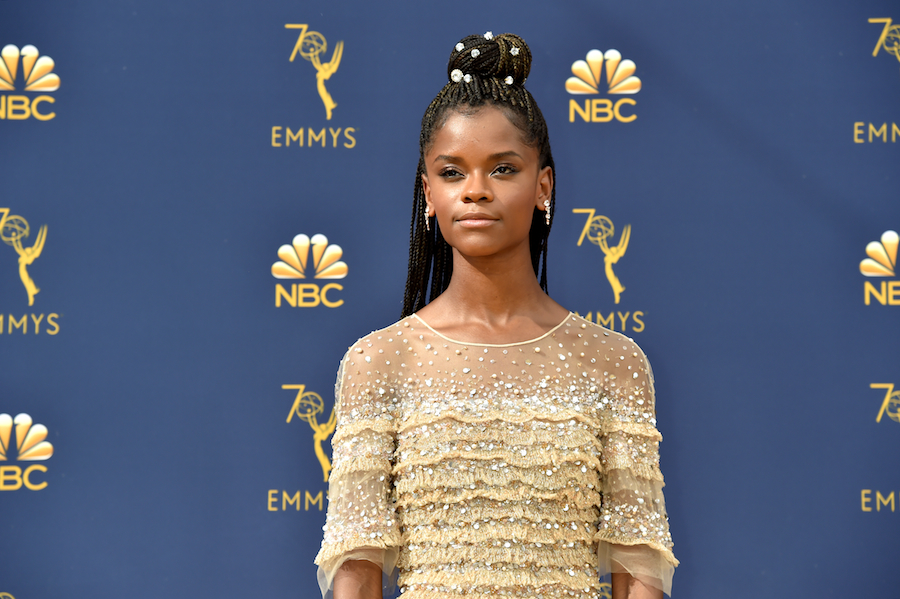 There is no question about it, people, 2018 was a solid year for the film industry. Mainly because the power of diversity hit the world of entertainment with an iron fist, which resulted in some game-changing blockbusters with amazing talent both behind and in front of the camera. The most refreshing thing about this cinematic revolution is the fact that many of the great titles put out were lead by some of the game's best leading ladies. Among them were a slew of international breakout talents in titles ranging from superhero movies to cult sci-fi dramas that fans everywhere should keep their eye on. These 8 actresses caught the world’s attention over the past year and are poised for big things in 2019!

Jodie Whittaker is kind of a big deal in the U.K. already, and when you hear her list of achievements, it's really no surprise that her stardom is now on a global level. Her illustrious resume has some solid hits, including "Broadchurch", "The Entire History" ("Black Mirror" episode), and the sci-fi feature Attack the Block. Her latest endeavor is a historic one, to say the least. Whittaker became the first female Doctor on the long-running British cult series "Doctor Who". Whittaker’s debut episode as the Time Lord became the biggest series launch for the cult show in the U.K. since it returned in its modern form. All "Doctor Who" fans should rejoice because the actress has confirmed she will return to the Tardis for at least one more run on the fan-favorite show.

If you haven't heard of Letitia Wright, then you need a serious reality check, because not only is she a treasure on-screen, but she is proving that she is a force to be reckoned with. Wright famously starred in Black Panther and was in Avengers: Infinity War, two of last year's highest-grossing films. And it's no secret that she's was a scene-stealer in Ryan Coogler's Black Panther as the sister of the titular character. Her run as the smart and funny tech genius Shuri was very well-received and feels like a character poised for a long MCU career. Although the Avengers: Endgame trailer hinted that she's missing, fans will definitely be keeping their fingers crossed that there will be more Shuri in the Marvel Cinematic Universe. Besides fighting the Mad Titan Thanos, the in-demand actress will star alongside her fellow alumni of the London Identity School of Acting, John Boyega, in a sci-fi romance called Hold Back The Stars. This is all evidence proving there is nothing holding Wright back.

If you haven't heard of Burning, then you need to change that right away for a number of reasons. It's Lee Chang-Dong's first film in 8 years, and he is arguably South Koreas’s greatest auteur. "The Walking Dead" star Steven Yuen gives a great performance. But most important of all, it shed light on one of South Korea’s best-kept secrets in actress Jong-Sep Jun. Her audition for her role in Burning was her first one ever, and she immediately landed the part. Burning premiered at Cannes, won the festival's critic's prize, and is now expected to become South Korea's first-ever Oscar nominee in the foreign-language category. This awards chatter has to do with a solid cast, but Jun's portrayal of Hae-mi is one of the best parts of this brilliant piece of cinema.

One of the best new TV arrivals of 2018 was without a doubt "Killing Eve". The show starring Sandra Oh and Jodie Comer was an instant hit with audiences everywhere, and the followup season coming in April is one of the most highly-anticipated shows of 2019. What sets this one apart from other serial killer shows is Comer’s fresh take on the female hired assassin trope. Her performance as Villanelle, the psychopathic, deadly, childish, and badass antihero, is so perfectly executed that it has earned her a Critics Choice nomination. And the BBC America series isn't the only thing this actress has in store for fans, as she is set to star opposite Ryan Reynolds in an action-comedy called Free Guy. Simply put, Comer is "killing" it.

Sakura Jando is a household name in Japan. She has appeared in almost 50 local films and TV series over the past decade. But international audiences have yet to witness the ability this actress has when she is on the big screen. Japanese master Hirokazu Kore-eda's Palme d'Or-winning drama Shoplifters has the actress giving a stellar performance as a matriarch of a ragtag group of petty criminals. While the entire cast in the film gives flawless performances, Ando’s portrayal of a hardened young woman who briefly rediscovers love from a little girl is one of the most heartwarming things you will ever see in a feature film. It is amazing and only bodes well for Ando’s future on a global level.

Alfonso Cuarón’s Roma is one of the heavy favorites going into Awards Season, and the best part of this contender is you don't have to travel to L.A. or New York for a special screening like most of those films. Heck, you don't even have to go to your local theater to see it, because this powerhouse of cinema is available on Netflix. And if you are a subscriber, you won't want to miss the film that introduces the world to Yalitza Aparicio. The 24-year-old never thought this would happen, as she sort of fell into acting. One of the most talked-about stars today was convinced by her sister to audition for the part of domestic servant Cleo, and she plays the role on screen magnificently. She originally had aspirations to become a teacher, but now her fame is peaking on a global level. Fans should keep an eye out for her at the Academy Awards because it would simply be crazy to not give Roma a nomination or two.

Audiences were introduced to Sonoya Mizuno in Alex Garland's 2014 Academy Award-winning sci-fi masterpiece Ex Machina as Kyoto, a beautiful lifelike robot. While her performance was brief, it was memorable, especially that eerie dance scene with Oscar Isaac. Mizzen has since solidified her abilities as an actress with an amazing turn as Dr. Azumi Fukta in Netflix's series "Maniac". The show, written and directed by "True Detective" and Bond 25's Cary Joji Fukunaga, was a mind-bending psychodrama starring Jonah Hill and Emma Stone. But Mizuno steals the show everytime she is on screen, as she gives yet another captivating performance. She is next set to reunite with Garland on the FX series "Devs", which I'm sure is only one of many great projects coming from this brilliant actress.

Like Jodie Whittaker, Olivia Colman is a popular player in U.K.’s entertainment industry. She's been in the game since 2000 and has been on a number of known television shows such as "Broadchurch" and "The Night Manager". But now Coleman has gone worldwide with her latest film The Favourite. She stars alongside Rachel Weiss and Emma Stone in a period piece that is getting some serious awards chatter. Colman’s turn as the eccentric, lobster-racing Queen Anne in Yorgos Lanthimos’s dark comedy has so far earned her a Golden Globe for Best Actress in a Comedy or Musical, making her a solid frontrunner for the Best Actress Oscar and most likely a BAFTA as well. Colman will continue her foray into royal life as she takes over for Claire Foy as Queen Elizabeth II in Netflix's "The Crown" in the next season coming this year.