7 Old Shows Your Mom Loved That Are Actually Really Great! 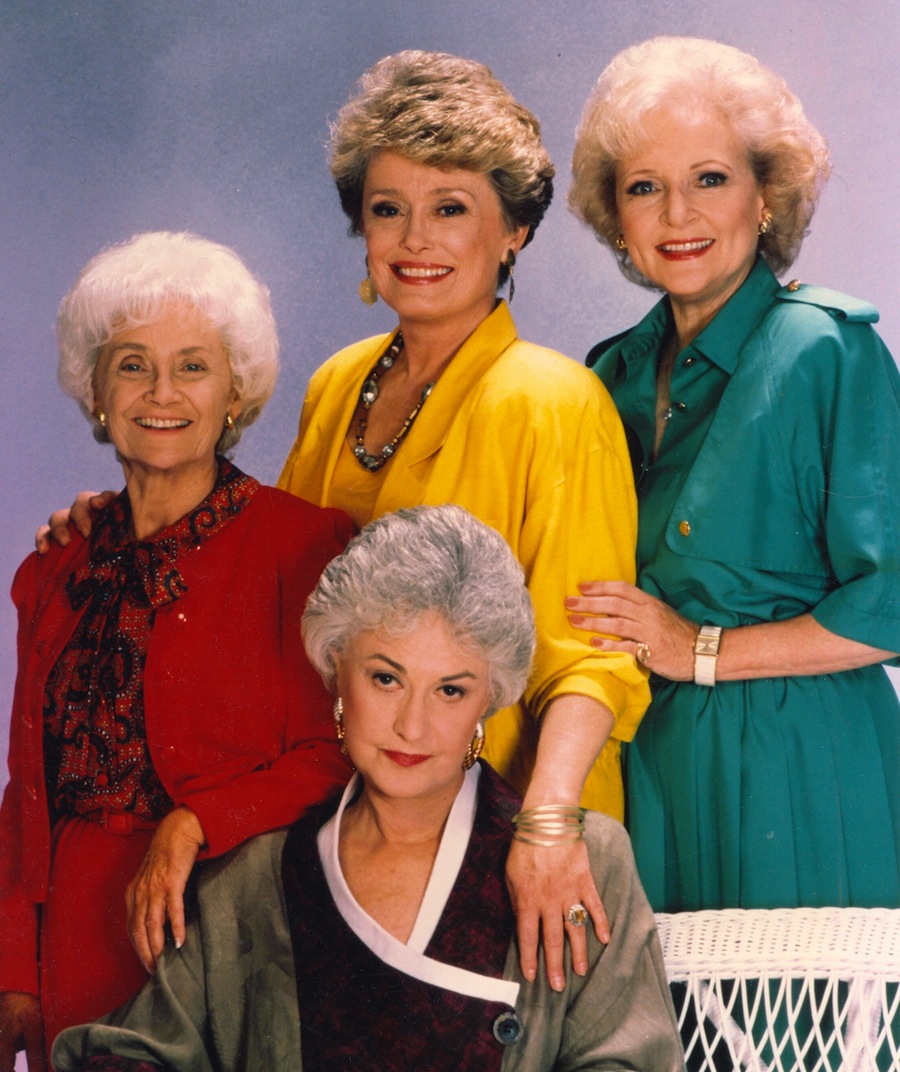 This is a list of all the shows your mom, or maybe even your grandma, tried to recommend to you at some point, but it’s likely you forgot or didn’t bother to search Netflix. I don’t blame you. There’s an abundance of amazing shows out there right now, and it's almost impossible to keep up with it all, but every once in a while it’s nice to watch shows that come from simpler times — when everyone is dressed kind of bad and you don’t really understand the music references. However, you’ll be surprised to find how relatable and timeless these show’s topics and material can be. Do yourself a favor and go back in time to when shows had a catchy theme song and the characters didn’t have iPhones -- you won’t be disappointed. You might even learn a thing or two about the generation your mom came from. We like to bring people together here at YH!

Seeking a better life for his young daughter Samantha (played by Alyssa Milano), Tony Micelli (Tony Danza) uproots their lives from Brooklyn to Connecticut, where Tony lands a job as a housekeeper for the hardworking advertising executive and single mother, Angela Bower (Judith Light). This show’s cast of characters compile an unconventional sitcom family for sure, but a family nevertheless. It’s heart-warming, entertaining, and hilarious, mostly due to the sharp wit of Angela’s young-at-heart mother, Mona and the perpetual will-they-or-won't-they tension between Tony and Angela! Lasting an impressive eight seasons, this show was a staple of the '80s, and today, it is still loved by so many that grew up watching it, and even by those of us who found it years after it’s finale.

Watching this comedic classic is one of the best gifts you can give yourself. The show that never gets old, even if the main characters do, is a fan-favorite that spans generations and ages. Both your grandma and your mom are probably fans of this hilarious show, or at least familiar with its success and magnitude. The show centers on three women in their 50s -- Dorothy (Bea Arthur), Rose (Betty White), and Blanche (Rue McClanahan) -- who move in together in a house in Miami, along with Dorothy's scene-stealing, wisecracking mother, Sophia (Estelle Getty). The women all possess specific, unique personalities that will remind you of yourself and your best friends, no matter your age. There’s also something enviable about the idea of spending your golden years living with your best friends, like you’re back in college.

Recently dumped by her fiancée, a stylish Queens native, Fran Fine (Fran Drescher), lands a gig as a nanny for a famous broadway producer, Maxwell Sheffield (Charles Shaughnessy). This show produced arguably one of the most fashionable TV characters of the '90s. Not only were Fran’s outfits new and lively every week, the gags and trouble she seemingly always found herself in were exciting as well. Fran constantly pushed the boundaries between the employer/employee relationship, and sometimes stepped over them, but they loved her anyway. In fact, I think that’s why they loved her. Also, for the rom-com fans, there was also another will-they-or-won't-they dynamic between Fran and her hunky boss, Mr. Sheffield.

Boarding school never looked more fun than it does in this loveable sitcom. Okay, well, maybe boarding school also looked fun on “Zoey 101”, but this show is unique and funny in its own right. Natalie, Tootie, Blair, Jo, and Ms. Garrett are another one of the unconventional families that were a product of '80s television. Ms. Garrett (Charlotte Rae) was a mother figure to four school girls with varying interests and personalities, who managed to get along and develop a special bond. The show is touching because of its take on female friendships, but don’t be mistaken, it’s also extremely funny. Natalie and Tootie are quite the comedic duo, Blair will give you hair envy, and Jo will have you buying that leather jacket you’ve been eyeing.

Much of this '90s show features a quintessential Chicago-based family, the Winslows, who often find their lives being interrupted by the annoying but well-meaning nerd, Steve Urkel (Jaleel White). Urkel’s actions are often the result of his love for the Winslow’s oldest daughter, Laura (Kellie Shanygne Williams), who, sadly, but admittedly hilariously, thwarts Steve’s attempts to woo her. It’s a family show at its heart, but ultimately a highly entertaining story of a nerdy lovesick puppy. After watching one season of this show, you will be quoting Urkel’s infamous line “Did I do that?” more than your friends will probably appreciate it, but it’s worth it.

"Schlemiel! Schlimazel! Hasenpfeffer Incorporated!" Not sure what that means? Well, most people don’t, but it’s the iconic beginning to this classic show’s theme song. Laverne DeFazio (Penny Marshall) and Shirley Feeney (Cindy Williams) are best friends, roommates, co-workers, and partners in adventure. Although the show aired in the late-'70s and early-'80s, it actually takes place in the '50s and '60s, hence their cool vintage apparel and hairstyles. (The series was actually a spinoff of another classic, "Happy Days".) This show is a love story to supportive and devoted BFFs everywhere, but it’s also funny — it’s basically a best friend rom-com. So, grab your bestie and binge watch this iconic show. Also, it’s a great Halloween idea for best friends who like to coordinate costumes.

The show tends to lean towards "don’t watch in the dark" territory, but nevertheless it’s a compelling show about aliens and government conspiracies. Fox Mulder (David Duchovny) and Dana Scully (Gillian Anderson) are FBI agents assigned to the mysterious unsolved cases known as the X files. [cue creepy theme music!] A lot of the show features them furiously searching to uncover proof of extraterrestrial life, all while avoiding their feelings for one another, but that’s what makes it so captivating and addicting. Spanning most of the '90s, and including a recent comeback last year, the show boasts 10 seasons, nine of which are currently on Netflix. So, say see you later to your social life and enter the world of the X-files. Honestly, this is another great Halloween costume idea. (If nothing else, I hope this list helps you find a killer Halloween costume for this year.)