Why You Will Be Addicted To E!'s "The Arrangement"! 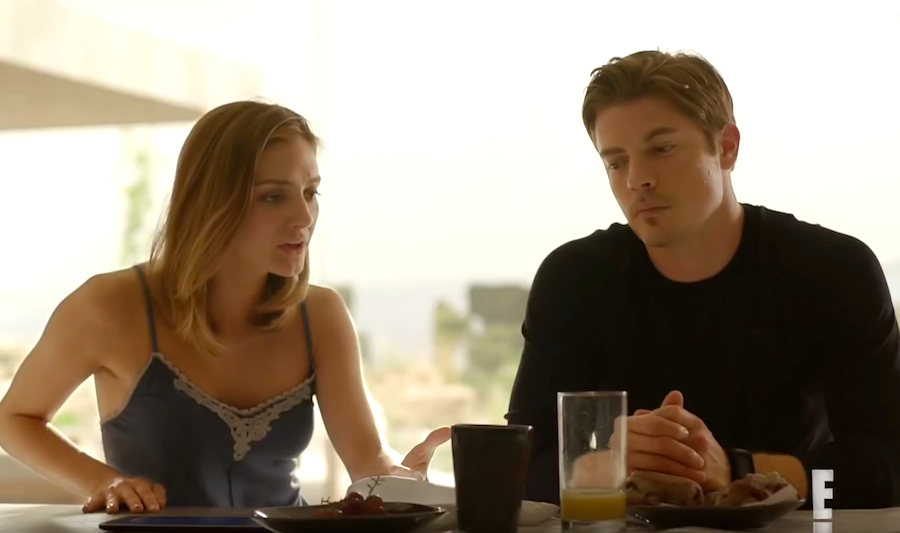 Everyone is going to be talking about the new series “The Arrangement”!

The story follows Megan Morrison (Christine Evangelista), an up-and-coming actress who takes life day by day. She lands an audition that could put her alongside Hollywood megastar Kyle West (Josh Henderson). Everything sounds great, right? However, things get a little tricky when a $10 million dollar wedding contract is thrown into the mix. If you're thinking this story may sound familiar... well, you're not wrong!

Here’s why you’ll want to tune in!

This is a plot that will definitely keep you on the edge of your seat. It is difficult to tell who has good intentions and who has ulterior motives. It will drive you CRAZY, but in a good way. We can only expect that this story line will have more twists an turns from a marriage contract to the Institute for the Higher Mind -- trust us, this will all make sense when you watch the first episode. You know what they say, “Never trust a Hollywood ending.”

Here’s a cast that definitely has chemistry. You will see it instantly between Megan and Kyle in challenging situations. Christine Evangelista and Josh Henderson are the perfect pair to portray these characters, together and apart. It’s also fun to see the dynamic between Michael Vartan and Josh. Playing a best friend duo with a dash of “hey we also work together” can be challenging, but these two work well together on screen. And if that weren't enough to convince you, the series creator, Jonathan Abrahams, won an Emmy for his producing work on "Mad Men", so there's some serious cred behind this project!

Admit it, we were all fascinated by Tom Cruise and Katie Holmes and were DYING to know what the heck that was all about. There are still tons of rumors and speculation, and this show explores that to the fullest. But it’s also an unconventional love storyline that makes you question the trust and commitment between the dynamic of the characters.

If you’re wondering how we know so much already, it’s because you can watch the pilot episode right now on the E! YouTube Channel. Make sure to tune in March 5 for the LIVE television premiere!