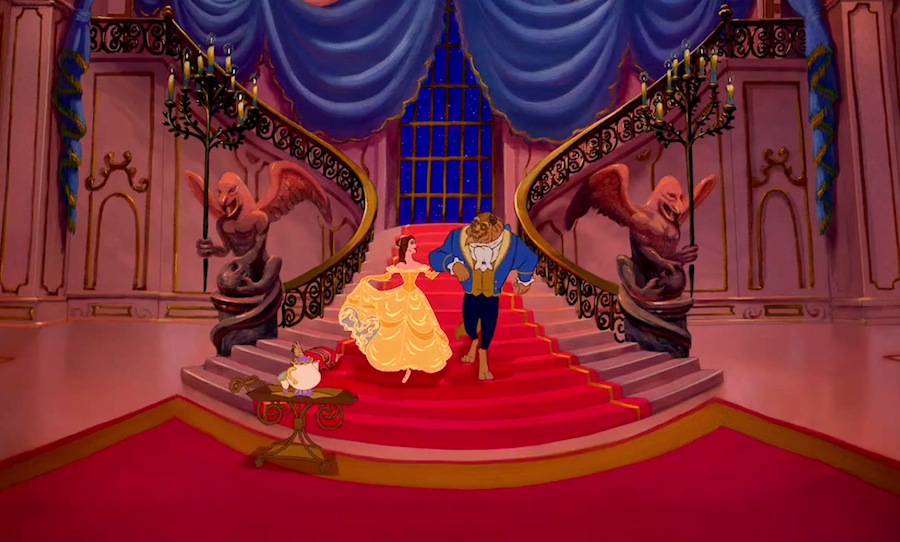 Disney is the engine that just won’t quit. From movies and theme parks to stores and now even apps, the company is branching out like crazy and we are so here for it. Disneyfying our lives seems to make being an adult a tad easier as we also wish we had talking animal sidekicks that helped us maneuver our way through everyday life. Therefore, were so excited when Disney announced the release of the Movies Anywhere app, which will be launching October 13th. According to Disney, it is a "cloud-based digital locker and a one-stop-shop." Although it apparently works across a number of different platforms and is not just confined to Dinsey content (but really, how much content ISN'T a Disney property these days?), it riled us up and made us want to re-watch some of Disney's most memorable films.

Therefore, we have decided to compile our top 7 list of Disney films that you must download once the app launches. Since VHS players have gone obsolete and we barely even use DVDs anymore, the Movies Anywhere app appears to be the best place to store some of the must-have classics. Queue the nostalgia!

The Lion King is seriously amazing. I mean, honestly, I challenge someone to watch it and not enjoy it. I haven’t seen The Lion King in over 15 years, and it is still memorable to me. If I download the app, I will most definitely be purchasing this film.Hamlet with lions accompanied by an Elton John soundtrack…what’s not to like?

We live in the era of Girl Power and women shattering all sorts of barriers previously placed on them. Mulan was probably the first modern feminist icon Disney introduced us to. Although she may have been fictional, her perseverance and determination turned her into a war hero who saved China. She’s fab and definitely getting a download from us.

Another #GirlBoss on our list and this time one that actually existed. Although she was undoubtedly given a Disney makeover and story embellishments, Disney's Pocahontas was just as much of an icon in her own right as the real one. She tackled colonialism, racism, sexism and unapologetically entered into an interracial relationship. Opinions were irrelevant to her, and her swan dive was on-point. Much like Mulan, she was no damsel in distress and instead of needing to be saved she saved her love interest from being decapitated by her father. A true queen in our eyes.

The Hunchback of Notre Dame

This movie was intense... and probably not well-suited for children in retrospect, which is convenient since we are grown up now and more than ready to watch it without feeling like we are watching a childish film. Based on Victor Hugo's novel set in medieval Paris, the film had a dark gothic vibe that was unfamiliar when compared to the other lighthearted, colorful movies Disney was churning out at the time. The film chronicles a deformed hunchback confined to the bell tower of the famous Parisian cathedral. With themes ranging from lust, Catholic doctrine, kidnapping, attempted murder, and xenophobia, it is on the heavier side, but an amazing film and truly a must watch.

1999'sTarzan was genuinely incredible. As Disney's highest-budget animated film before the millennium, it is visually mesmerizing. Following the classic story of a human boy getting adopted by apes in the jungle, Tarzan captures this conflict of a man who has grown up with apes and is torn between staying with them or heading for unfamiliar civilization with his love interest, Jane. Disney's astronomically high budget for Tarzan was clearly well spent as it is flawlessly animated. The same way Elton John lent his amazing voice to The Lion King, Disney employed Phil Collins to produce Tarzan's enthralling soundtrack. "You'll Be in My Heart" was the stand-out song becoming insanely popular and receiving lots of airplay throwout '99 and '00.

Aladdin is just one of many Disney Renaissance films that is in the process of being re-made as a live-action motion picture.Aladdin is relevant because it helped explore a different side of the world in the albeit fictional Agrabah. Regardless of whether this city existed or not (which has been a topic of political debates), the movie indisputably takes place in the Middle East and helped broaden our worldview with two non-white leads. Jasmine and Aladdin were #couplegoals, and although we were children, we were still enchanted by their tumultuously charming relationship and the wild scenarios they had to maneuver. "A Whole New World" seriously made us want a magic flying carpet as well, and therefore Aladdin is definitely worthy of a download.

Beauty & The Beast re-entered our collective consciousness thanks to the 2016 live-action version starring the always lovelyEmma Watson. But let's rewind to 1991 when the original came out and give it some love. The movie was truly beautiful and came equipped with a message. Although the big hairy Beast predictably transformed into an insanely handsome prince, in the end, the remaining 90% of the film taught us to shun superficiality and let us know that it's what is on the inside that counts. In our selfie-obsessed society, we could do with a little bit of Beauty & The Beast values re-infused into our lives.