5 Spooky Releases Coming to Netflix in Time for Halloween! 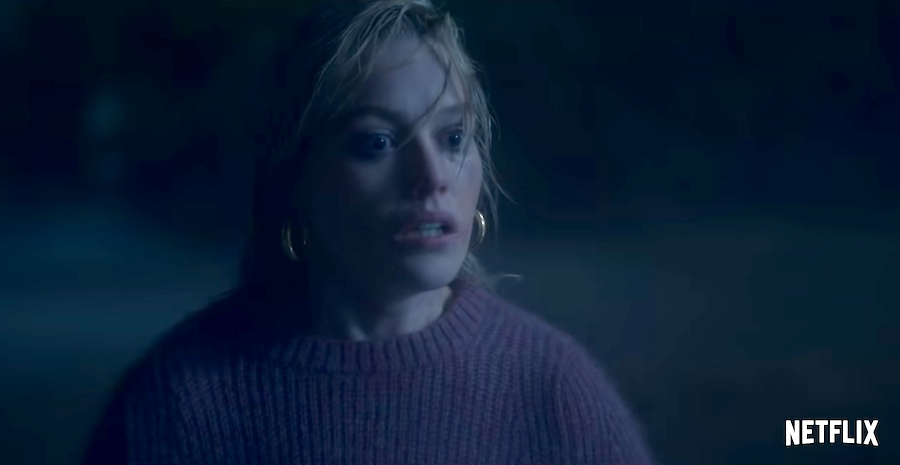 When lockdown began in March, none of us foresaw that social distancing orders would still be in place come Halloween. However, the beginning of #SweaterSZN is now upon us and most states still have some lockdown orders in place. Unfortunately, Halloween is just another event on the long list of graduations, birthdays, and other holidays we've missed because of the pandemic. But Netflix, the streaming service that squelched our Spring Break and Summertime boredom with releases like "Tiger King" and the fifth season of "Queer Eye", is coming to the rescue yet again to keep the spirit of Halloween alive with dozens of October releases. Here are the 5 we are most excited abou!

1. We Have Always Lived in the Castle (October 1)
This 2018 horror film is based on a novel by the same title byShirley Jackson, the acclaimed horror fiction author whose other works have inspired successful TV shows and films, including Netflix's "The Haunting of Hill House". StarringTaissa Farmiga ("American Horror Story"),Alexandra Daddario (Percy Jackson), and the Winter Soldier himself, Sebastian Stan, the story centers on 2 orphan sisters caring for their mentally ill uncle in a big creepy mansion.

2. The Trial of the Chicago 7 (October 16)
This star-studded Aaron Sorkin-directed legal drama was supposed to hit theaters this month but was sold to Netflix for an October release. The film profiles the story of seven anti-war protestors who faced charges related to the riots that broke out at the 1968 Democratic National Convention. The film features Eddie Redmayne, Sacha Baron Cohen, Joseph Gordon-Levitt, and new Emmy winners Jeremy Strong ("Succession") andYahya Abdul-Mateen II ("Watchmen").

3. Rebecca (October 21)
This upcoming 2020 film takes our worries about our SO's exes to a different level. In Rebecca, based on the classic novel byDaphne du Maurier (and first turned into a film byAlfred Hitchcock in 1940) a young woman is haunted by the ghost of her husband's deceased ex-wife in order to stay with him. This new version stars Lily James andArmie Hammer as the central couple.

4. "Unsolved Mysteries" Volume Two (October 19)
Like the successful first volume of "Unsolved Mysteries", Volume Two plans to detail more unsolved murders and disappearances. Although it feels frustrating to never know the culprit behind these tragedies, it'll be fun to play detective with your gang while watching the second installment of this docuseries.

5. "The Haunting of Bly Manor" (October 9)
After a young woman is hired to move into a wealthy family's home and look after their children, she starts seeing ghosts. At first glance, there isn't anything particularly too thrilling about this series; there's plenty of variations of this story (The Boy, The Visit) out there. However, this series was created by Mike Flanagan, the director behind critically-acclaimed horror films like Hush. In fact, "THOBM" will be a follow-up to Flanagan's last hit Netflix horror series, "The Haunting of Hill House" (and even welcomes back many of the same actors from the previous series). Flanagan has been praised for putting a unique spin on the horror genre with his films' well-drawn characters and visceral visuals. To say we're excited about The Haunting of Bly Manor" would be an understatement.