5 Other Musicals We'd Like to See Adapted for Television! 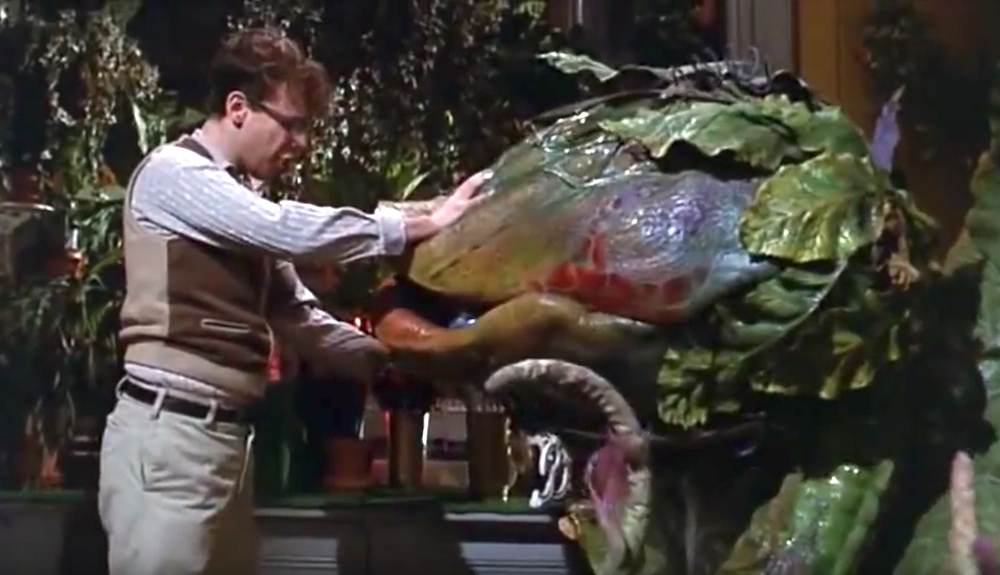 After the success of NBC’s live production of The Wiz, it seems that every TV network has musical fever. On January 31, Fox will show us how to hand jive and rule the school with their live production of Grease. Meanwhile, John Waters’s delightfully campy Hairspray will premiere on NBC in December, and Fox is going to do the time warp once again as the network prepares a live production of The Rocky Horror Picture Show. While all of these musicals will be great fun, there are a number of underappreciated musicals these networks should also consider. Part of the joy of NBC’s The Wiz was that it isn’t as well-known of a musical, and it’s one that hasn’t been in the public spotlight for some time. Networks could capture that charm again by bringing awareness to these gems once more:

How this musical doesn’t receive more love is beyond me. Here’s the basic premise: Seymour Krelborn, a hapless florist, accidentally raises a plant that feeds on human flesh. If that’s not enough to entice you, the score was written by Disney legends Howard Ashman and Alan Menken. The musical numbers are great fun, but “Feed Me” is a particular standout:

I am willing to bet that at least 500 high schools across America will put on a production of Guys & Dolls this spring, and there’s a good reason for that. Guys & Dolls is adorable. Set in the 1920s, a slick gangster accepts a bet to take an uptight missionary to Havana where, in proper musical fashion, they fall in love. The musical features gangsters, dancing missionaries, and flashy showgirls, all of which would perfectly transfer to the screen. A few standout numbers include the beautiful “I’ll Know”, “Sit Down, You’re Rocking the Boat”, and the most famous number, “Luck Be a Lady”:

Footloose recently did enjoy a big-screen revival -- the 1980s film (which features the infamous Kevin Bacon dancing-around-in-a-warehouse scene) was remade in 2011 starring Julianne Hough and Miles Teller. While the film did have some spectacular musical numbers, it didn’t really focus on the musical itself, and the musical Footloose has got some great music in it. The plot of Footloose is a little strange -- a young kid who loves to dance moves to a town that has a ban on dancing, and it’s up to him to bring dancing back, but there are endless great '80s-esque numbers. In addition to the well-known song “Footloose”, there’s “Let’s Hear it for the Boy”, “Mama Says”, and my personal favorite, “Holding out for a Hero”:

After its debut in 1934, Anything Goes went on to become a bonafide hit, and it still holds up. Written and scored by the brilliant Cole Porter, Anything Goes follows a series of intertwining love stories all aboard a cruise ship (think of a Shakespearean comedy -- on a boat). The show has some great tap numbers (is it just me, or has tap become a dying art?) and a happy, upbeat plot. A few standout numbers include “Anything Goes”, “You’re the Top”, and my personal favorite, “Buddy Beware”:

5. Follies: This list wouldn’t be complete without a Stephen Sondheim musical, and Follies is probably one of his most under-appreciated. Easily the darkest musical on this list, Follies features haunting numbers that will stay with you long after the final curtain closes. The story concerns a reunion in a Broadway Theatre that is scheduled for demolition, and the performers who once starred in the Weismann’s Follies. Two couples come to the reunion, both of whom are completely miserable with their lives. Many of the former showgirls perform their past numbers to be accompanied by ghosts of their former selves. While Follies isn’t upbeat the way Footloose or Anything Goes is, that doesn’t mean it couldn’t receive a successful television adaptation. A few of the most haunting numbers include “Broadway Baby”, “Too Many Mornings”, and of course, “I’m Still Here”:

Or, you know, they could always do Hamilton. Please, let one of the networks bring us Hamilton...

What musicals would YOU like to see on the small screen?