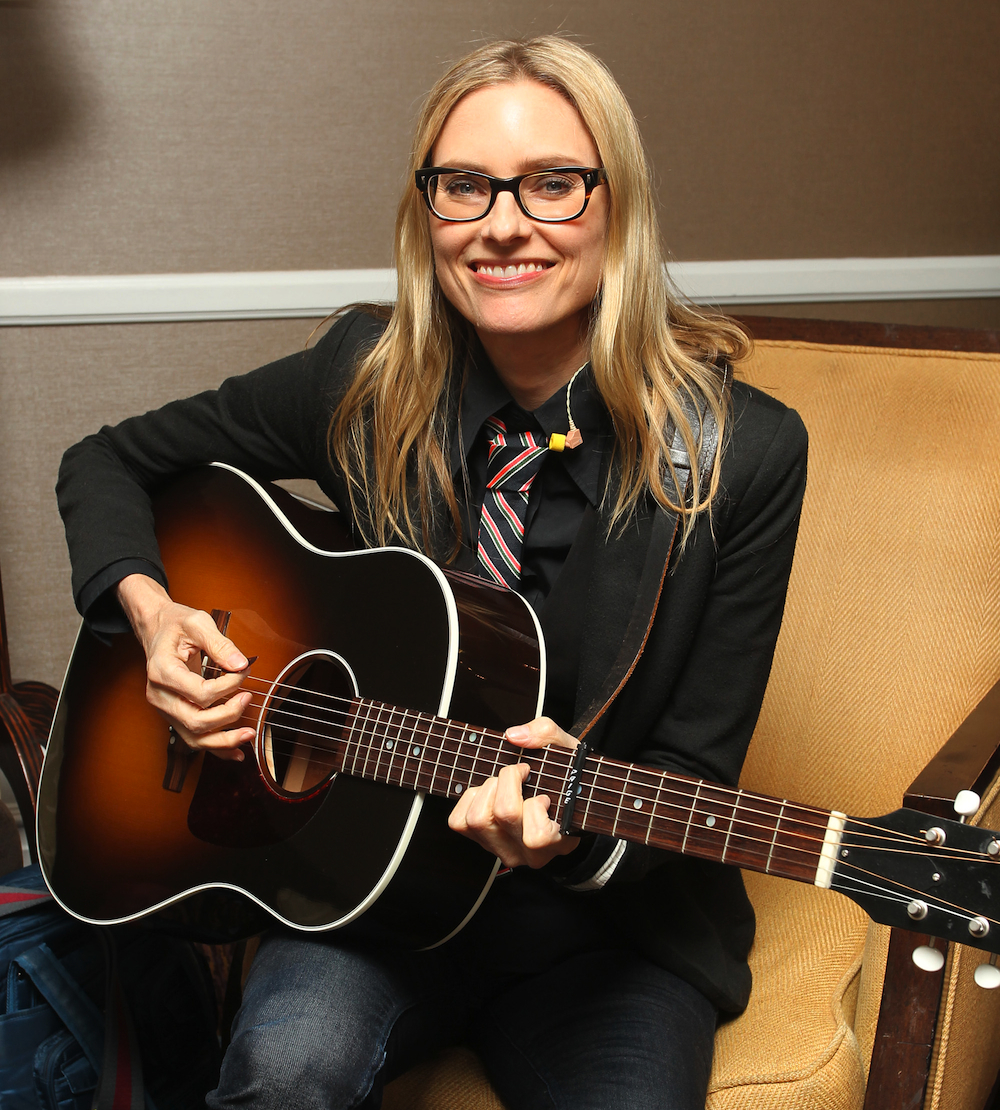 A hundred years ago or so, I featured the ‘80s New Wave group‘Til Tuesday, and, specifically, their smash hit from 1985 “Voices Carry”. This week, I would like to focus on TT’s frontwoman, Aimee Mann, now a solo artist and as different from the platinum blonde, rat-tail sporting punk princess from 20 years ago as you can get!

Since the late-‘80s, Aimee has traded in her former electro-pop sound for a more folksy groove, preferring acoustic guitars to synthesizers. She hasn’t quite matched the success of her mid-‘80s heyday, but she certainly left her mark on the music scene in 2000 when she basically composed the entire soundtrack for Paul Thomas Anderson’s Magnolia. That movie is one of my favorite flicks of all time, and it probably wouldn’t be if not for Aimee’s involvement. Her two biggest hits from the film, “Save Me” and “Wise Up”, were used effectively to really communicate the states of mind of the various characters. So much so, that it became part of the plot itself. About 3-quarters of the way through the movie, in what could most accurately be considered the film’s climax, when every character finds themselves waist-deep in a major crossroads of their existence, they all collectively stop for a moment and literally begin to sing Aimee’s song “Wise Up” to themselves… the lyrics becoming a self-aware inner monologue for these troubled souls. It’s actually pretty brilliant and not something I’d seen in any film before or since. Anderson did something similar with “Save Me” – though he didn’t weave it into the film itself, he shot a separate music video featuring Aimee sitting with various characters from the movie, singing the lyrics to them as if she were their subconscious.

More recently, Aimee’s music videos have taken on a more irreverent feel, a refreshing sight from the normally stone-faced indie rocker. This is especially true of her single, “Charmer”, which co-stars award-winning actress Laura Linney as an Aimee “clonebot” that the singer purchases in an effort to lessen her own workload but soon comes to find that the machine is perhaps a little too good at its tasks. It’s sort of like A.I.gone hilariously wrong.

Check out “Charmer” below, as well as “Save Me” and “Wise Up”, and also another cute vid called “31 Today”, directed by Bobcat Goldthwait and featuring his daughter,Tasha.