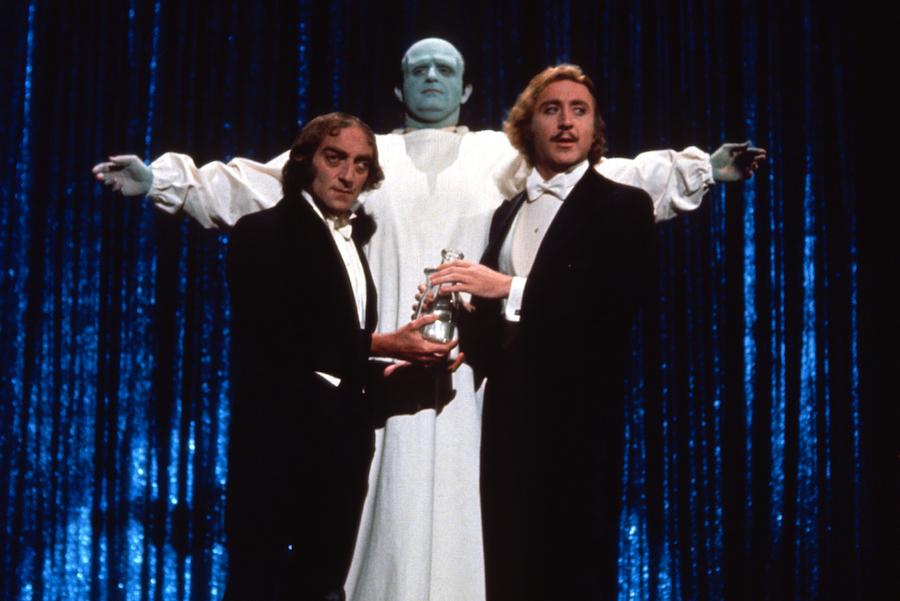 Comedy dies quickly. The shelf life for a lot of humor doesn’t last long, unfortunately, due to things like pacing, trends, and the dreaded pop culture references. I learned this the hard way recently when watching a beloved movie from my childhood that was made in the '70s. The movie, which will go nameless, is still very near and dear to me, as well as funny, but my girlfriend, who was just seeing it for the first time, was not amused by it. Once in a while, though, a movie comes along that stands the test of time and can still bring laughs years after its release. Here are five of them that I believe can still get a chuckle out of new, modern audiences!

Taking the legend of King Arthur and putting their absurd, balls-to-the-wall insanity, British TV sketch troupe Monty Python created something incredible and everlasting. To this day, it’s a movie that cracks me up with its jokes, visual gags, and overall lunacy. It’s heavily copied in various unrelated projects even today, but upon its release, it stood in a class all its own. If anything, today might be more of appropriate time for this comedy to shine, as humor nowadays is definitely moving towards a more over-the-top nature, just like The Holy Grail gives its audience to guzzle down.

This is another one that can only be described as absurd and over-the-top. This was supposed to be music parody legend "Weird" Al Yankovic’s big movie break, but instead UHF flopped hard at the box office due to being released against blockbuster gold like Indiana Jones and the Last Crusade and Tim Burton’s Batman; it didn’t do very well with critics either. Today, though, it stands in much better regard than when it came out and is seen as a cult classic. With that as background, the summary for the film is quite simple; it’s a sketch movie of sorts following Weird Al getting a job at a near-bankrupt cable access channel from his uncle who recently won the station in a poker game. Hijinks ensue as Weird Al takes over and there are frequent cutaways to shows either existing on the station or all daydreams in Weird Al’s head. This movie is, well, weird, but in a fast-paced way that is very suitable for today’s audiences!

The trend continues as this pretty bonkers adventure movie about Pee-wee Herman being the victim of grand theft bicycle hits the road on one of the greatest stories ever told (my opinion) in search of his bike. A psychic makes up an answer, since she’s getting paid, and tells Pee-wee his bike is in the basement of the Alamo. He sets out to find out whatever this means, makes friends along the way, and gives us plenty of jokes to laugh at that still hold up today.

Slower in pace and takes its time to tell jokes more than the others on this list, Young Frankenstein is just a classic that stands out among other Mel Brooks movies that hold up well due to lack of pop culture references, timeless jokes, and the fact that a freaking Aerosmith song owes its creation to the movie (it’s called “Walk This Way”… seriously, it’s inspired by this movie). The movie follows Dr Frankenstein’s estranged grandson, Dr. Frederick Frankstenstein (pronounced FRAHN-ken-steen), after he inherits his dead grandfather’s creepy mansion and laboratory. Although dismissing his grandfather as a lunatic at first, Frederick comes around and decides maybe grandpapa was onto something and sets out to make his own monster. It’s a classic that still holds up today and is a staple around Halloween for the whole family to watch and laugh at.

The opening line of this late-'70s movie starring Steve Martin is, “I was raised a poor black child,” and that's all you need to know. Okay, fine, here's more -- The Jerk stands today as pretty bizarre movie that played well in its time but feels just as fresh today. Martin plays the title character, who is a completely idiotic, child-like white man raised by his black adoptive family. After realizing he’s “going to stay this color,” Navin heads out on an adventure to find himself. It’s a road trip but also a coming-of-age story, even though it’s a for a man who should’ve experienced most of this stuff years ago. For younger generations who aren’t familiar with Steve Martin, or really just know him from his later career stuff like Cheaper By The Dozen, this is really Martin’s hey-day and at his best, in my (correct) opinion. He had a brand of so-stupid-it’s-smart humor that I love, and I still often go back to this movie or his old comedy albums to cheer me up when I’m feeling blue. With quick-paced and cleverly written jokes, and a plot that doesn’t really exist as we’re forced as an audience to just accept this is the next thing he’s doing, The Jerk is a treat for new and old fans today.

So that’s it! Hopefully there’s something on here you haven’t seen before and can enjoy this weekend! While comedy often doesn’t age well, it’s also subjective, so if you don’t like my picks, that’s okay too.