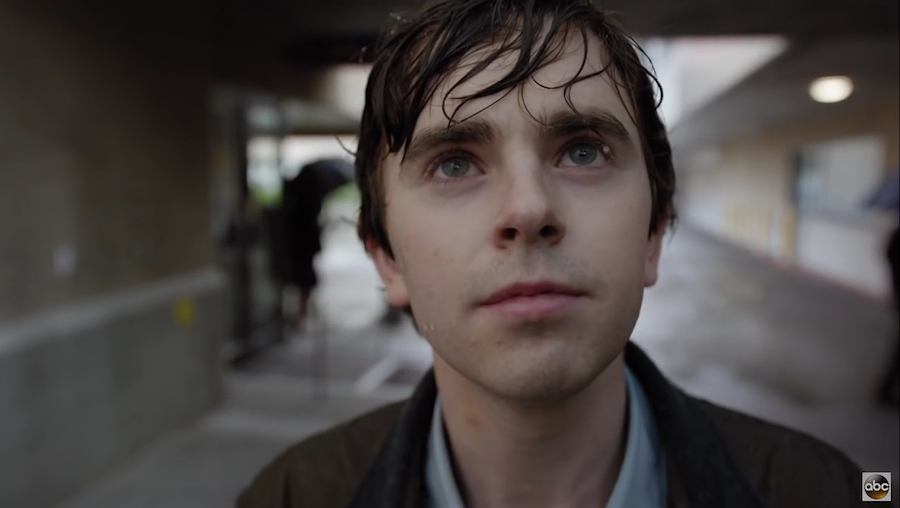 The Fall 2017 TV schedule is out, and in addition to all the great shows coming back, it looks like our eyes will be glued to even more great new content this season. Check out the new shows we’re most excited to watch when they premiere this Fall!

“The X-Men, the brotherhood, we don’t even know if they exist anymore.” That’s right, superhero fans, listen up! Marvel is back with a new take on X-Men themes with this spinoff "The Gifted". Children with mutant abilities come together under the authority of an institute for mutants with the hopes of creating a peaceful co-existence with humans. This doesn’t come without complications, of course. The mutants face jail and isolation as a result of their powers. "The Gifted" is strong and will definitely pack a punch.

There’s a new doctor in town! "The Good Doctor" portrays the life of Dr. Shaun Murphy, a fresh-out-of-med school surgeon with autism. In the face of his disability, Dr. Murphy (played by Freddie Highmore of "Bates Motel" fame) proves that life isn’t bound by limits. This show is sure to be a tearjerker. Just in the trailer alone, we get to witness the incredible extent of Dr. Murphy’s remarkable eye for detail and focus. Someone pass me the tissues!

We can’t wait for this new comedy! Brandon Michael Hall plays Courtney Rose, an aspiring rapper who decides to run for mayor of his hometown as a means to promote his mix-tape. When he accidentally wins, he enlists the help of his mother (Yvette Nicole Brown) and his friends, including Valentina Barella (Lea Michele), to run the city and to turn things around for the better. This show brings together the notion of following your dreams with that of doing the right thing.

"Seal Team" is an action-packed drama following the lives of United States Navy SEALs through high-risk tasks and intense special operations. The show connects the life and interactions of a SEAL, both on and off the job. Following the day-to-day of Jason Hayes’s team, played by David Boreanaz, the show plays as an ode to patriotism and the lasting effects of working in such an impactful field. This is a must see!

Based on the life of "The Big Bang Theory" character Sheldon Cooper, "Young Sheldon" showcases the life of a peculiar nine-year-old navigating his complex existence. If the little kid version of Sheldon is anything like the superhero-obsessed, theoretical physicist we love on "The Big Bang Theory", this show is sure to be a hit! Starring Iain Armitage and narrated by Jim Parsons himself, the trailer for this spin-off introduces the trials and tribulations of Sheldon Cooper living in a small Texas town, attending high school as a nine-year old, and fitting in with his football coach dad and the rest of his churchgoing family.

Which new show(s) are YOU looking forward to?