5 Films You Can Watch on Your Lunch Break! 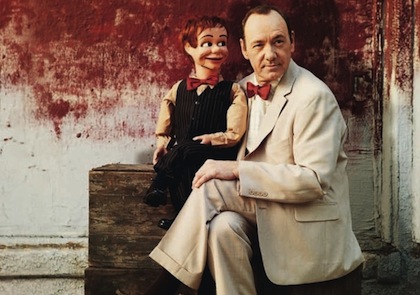 Whether you like to admit or not, there are times, especially after a full morning of hard work at the office, where you need nothing more than a nice hour-long lunch to get your mind as far away from paperwork and words and numbers as possible. One of the best ways people find the time to unwind is with -- duh -- movies! But unless you have a three-hour lunch break and a very laidback boss, no one has time for a movie break in the middle of the day.

Unless, that is, you count short films. Short films can be anywhere between only a few minutes in length up to an hour, and they are the perfect pick-up when you need to de-stress from work. Whatever mood you’re in -- sad, happy, romantic -- there are short films to match that, and because online video services like YouTube and Vimeo have such a wide range of them, there is without a doubt that you will be able to fit in at least one short film into your well-deserved midday/lunch break.

Here are a few great short films that are readily available to watch on YouTube, anytime, anywhere!

Kevin Spacey stars in this uncanny depiction of a man obsessed with puppetry and one “Mr. Higgins”, and although creepy to watch (especially if you hate anything having to do with oversized dolls and puppets), one finds it hard to take their eyes away from it…

Good for a few laughs, this short film is dubbed a showcase of “how English sounds to non-English speakers”. Yes, it is pretty rude to people who speak English, but it is also very amusing and forces you to wonder, “do we really sound like that?”

Shot on 16mm film, this official selection of the 2008 Sundance Film Festival depicts the silly yet friendly love triangle between a regular teenager, his sister, and his best friend (whom he is also in love with).

An animated Russian short film that depicts just how hard it really is for people, kids especially, to get out of bed at the sound of an annoying alarm. Don’t be surprised by its innocent looking nature, though -- the alarms and cutely animated main character are not the only components to the piece…

A film by YH’s very own Katie Marzullo, "Phoenix Song" delves into the artistic expression of how karma works, and in what way our past lives and experiences can intertwine with our present day. Very good in a way that really makes you think, “what have I done/where have I been before?”

Although there is probably a never-ending list of short-form masterpieces to indulge in, there is no possible way to include them all in one article, so feel free to let us know (but during your free time so you don’t get in trouble with your boss!), what are some of YOUR fave short films?