5 Celeb Activists & Their Amazing Causes You Can Support Right Now! 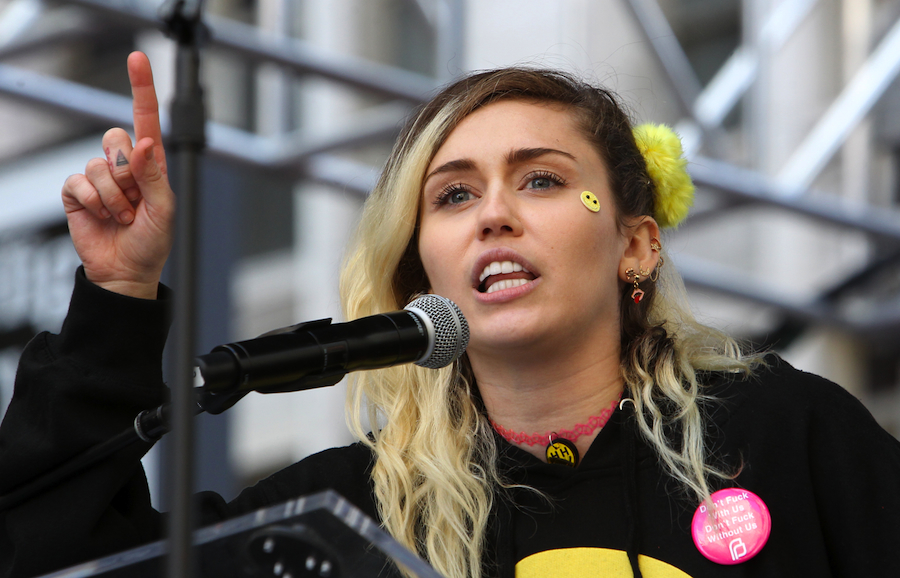 It’s always encouraging when the celebrities we idolize prove not only to be talented human beings, but compassionate ones as well, worthy of all the praise and recognition they receive. These five celebrities have proven just that, by taking a hands-on approach to enact change and better serve the causes close to their hearts. These charitable organizations all aid causes that the celebrities themselves have chosen to address, each unique and important. So, check out these awesome celebrity-helmed organizations and prepare to get inspired!

Founded in 2014, The Happy Hippie Foundation is a nonprofit organization founded by the one and only Miley Cyrus. The foundation aims to assist young people in need, namely the LGBTQ community and homeless youth population. The social justice initiative doesn’t stop there -- Cyrus uses her foundation to bring awareness to a number of other causes, including education, women’s rights, mental health issues, environmental preservation, and animal welfare. Cyrus’s goal in starting this movement was to get young people involved and socially engaged. Most recently, a group of happy hippies took on the Women’s March in Los Angeles, where Cyrus gave a moving speech in support of the global equality movement. If you’d like to get involved with The Happy Hippie Foundation’s various causes, you can visit their official website where you can donate or access valuable resources. Whether you’re seeking help, or seeking to help out, Cyrus welcomes you with open arms.

Actress, comedian, writer, and producer Amy Poehler took what little free time she had left from her various career endeavors and co-founded the organization Amy Poehler’s Smart Girls along with producer Meredith Walker. In 2007, the women created a YouTube channel for young women to feel safe, knowing the information being fed to them was honest and factual but also funny and entertaining enough to hold their attention. Presently, Smart Girls has turned into a digital media organization with a website that includes articles, videos, and interviews highlighting powerful women of diverse backgrounds and in various fields to keep young women informed and inspired. One of their mottos is “funny first, informative second.” This is what drives them to produce the kind of content that they would have wanted to read when they were young preteens. Smart Girls encourages women to pursue their dreams in spite of obstacles they may face like gender discrimination and pay disparity. Check out Amy’s Smart Girl’s website to read and engage with fellow smart girls!

Fresh off his Titantic fame, Leonardo DiCaprio used his rising star power to create the Leonardo Dicaprio Foundation. The foundation began in 1998 as an effort to support environmental causes and preserve threatened wild lands. The foundation’s core missions include protecting wildlife, saving oceans, restoring wild lands, and empowering communities. Today, LDF supports a number of global causes and encourages people to stay informed and involved in an effort to save our natural systems from the effects of climate change. The long-running website promotes action for change and awareness by providing an outlet for self-education and environmental activism. Those looking to stay up-to-date on the ecological causes can sign up for their email list and explore their various projects via their official website.

For 24 years, the Elton John Aids Foundation has been a powerful advocate in the fight against AIDS. Founded by Sir Elton John himself, the organization aims to educate people on the disease, effectively treat and help those affected, and prevent the future dissemination of HIV. Fully believing that the disease can be eradicated, John developed this philanthropic effort, which has raised over 350 million dollars since it’s commencement. The goal is making sure that those who are infected have access to the healthcare they need, as well as preventing infection through proper treatment. The four-star charity’s grant programs provide funding to multiple organizations who are committed to helping those affected by AIDS. To learn more, or donate to EJAF, you can visit their website.

Similar to The Happy Hippie Foundation, the Born This Way Foundation seeks to empower young people. Founded by pop sensation Lady Gaga and her mother Cynthia Germanotta in 2012, BTW’s mission is grounded in kindness but aims to inspire bravery and promote a more compassionate world. Part of culminating this mission is by promoting positive school climates and strengthening the mental well-being of young people through anti-bullying campaigns and the instigation of a mental health dialogue among youth. To join the conversation, you can access the Born Brave Blog on the official website, which highlights a collection of important causes that coincide with the Foundation’s core values. You can also make a donation to the nonprofit to benefit the lives of young people and in turn, contribute to a kinder world.