4 TV Shows With The Best Music! 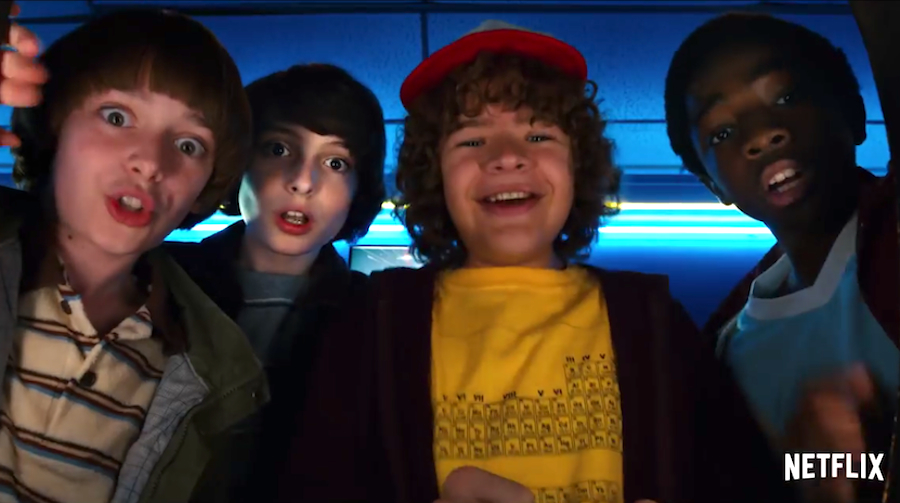 Beyond having an amazing cast, great writing, and diversity both behind and in front of the camera, shows with killer soundtracks really take the production value up to the next level. Although the year is far from over, I’ve found a few shows that have seriously dedicated time and effort into the soundtrack game. Check out the list below!

I feel like any show that partners up with Spotify to create individualized character playlists complete with spooky Upside-Down-themed graphics has a sincere commitment to the craft. The early-'80s-themed Netflix original started the year off with its second season and brought the old school classics we all know and (kinda) love back into our hearts. From the hardcore hits that seem to follow Billy Hargrove to the '80s girl anthems of Nancy Wheeler, there’s something for everyone. Also, if you haven’t taken the Spotify quiz yet, get on that!

Issa Rae’s HBO original "Insecure" deals with the struggles and insecurities of the modern-day black woman. The vibe of the series is made so much stronger through its carefully-selected soundtrack. For its second season, the album featured tracks from SZA, Goldlink, Bryson Tiller, Daniel Cesar, and many more. The amount of work Rae puts into keeping every in line is truly inspiring and has set the standard for TV shows going forward.

FX’s "Atlanta" has been making major waves ever since its inception. Donald Glover’s stint in the TV world resulted in what many consider to be one of the hardest-hitting shows out right now, and for good reason. Glover’s dedication to documenting the black experience in Atlanta would be incomplete without an expertly crafted track list. In an interview with Pigeons and Planes, Fam Rothstein, one of the two music supervisors, said, "It's just the stuff [the crew] is listening to. It's the music their little sisters and brothers are listening to. It's the stuff people are riding with in their cars."

With the second season announcement of Netflix’s "GLOW", it’s safe to say that the '80s are making another comeback this year. Despite taking place in the same era as "Stranger Things", that’s where the similarities stop. "GLOW" follows a fictional female wrestling team called Gorgeous Ladies Of Wrestling (there’s the title) set in 1985 Los Angeles. As for music, you can expect the decade’s iconic anthems, from Journey and Billy Joel to Queen and Pat Benatar. If you’re looking for some Flashdance realness, you’ll find that exact aesthetic right here!