4 Things We Learned From Ariana Grande's Netflix Doc 'excuse me, i love you'! 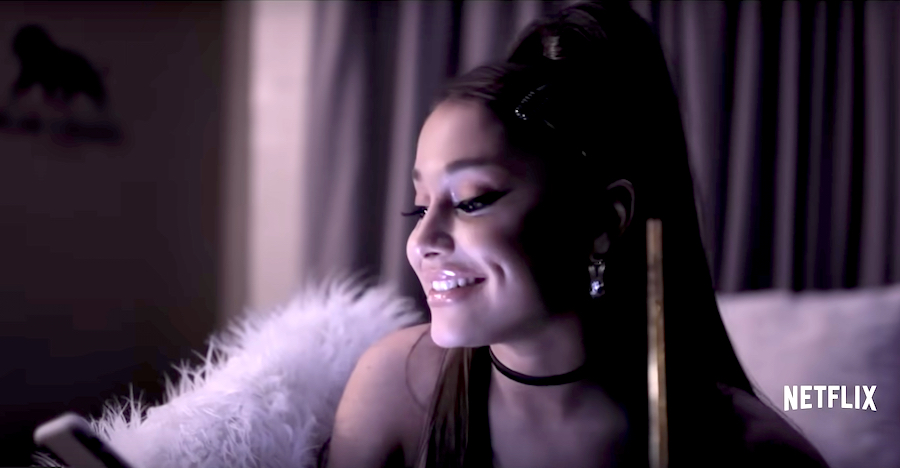 2020 has proven to be a big year for pop sensation Ariana Grande. From blessing our ears with her 6th albumpositions to her recent engagement to boyfriendDalton Gomez, this year will truly be memorable for the singer. Now, she is gifting her fans an early Christmas present with her first concert film, excuse me, i love you, on Netflix. The concert film takes us back to Grande’s Sweetener world tour last year, giving us a glimpse behind the scenes into the rehearsal and her life on tour.

Here are four things we learned while watching excuse me, i love you!

1. Ariana Grande will always be a pop diva

We all been knew but excuse me, i love you solidifies Ariana Grande as a powerhouse performer. Her choreographers, twin brothersScott and Brian Nicholson, bring out the best in Ariana’s performance with fantastic visuals and energy to accompany her hit songs like “God Is a Woman”. The concert film demonstrates Ariana’s stunning vocal range and, despite being on a 100-city world tour, her voice never fails.

2. Mama Grande is the sweetest person EVER!

When giving out floor tickets to deserving fans at The Forum in Los Angeles,Joan Grande came across a young fan who was crying and asked her, “Tell me why you're crying because I hate when I see people cry.” The fan’s mom explained that they have nosebleed seats and her daughter is afraid of heights, to which Joan gives them floor seats to allow them to have a better experience at the show!

3. Ariana’s love for the Sweetener Tour and her fans is unconditional

The concert film is meant to be a love letter to her fans that have been by her side since the beginning of her career. We can feel, see, and hear the unconditional love she has for her fans throughout the film and witness how grateful she is to have them. We also learned that theSweetener Tour holds a special place in Ariana’s heart as it has helped her get through tough times.

In one of the behind-the-scenes glimpses of Ariana off stage, she is told by her manager Scooter Braun that THE Mariah Carey had personally requested that she’d be a part of a new music video for her hit Christmas classic “All I Want for Christmas”. As Ariana has mentioned, Mariah Carey is one of her musical inspirations, so getting that request was everything to her and now is featured in Mariah’s Christmas Special on Apple TV+.

If you haven’t already, check out excuse me, i love you now on Netflix!