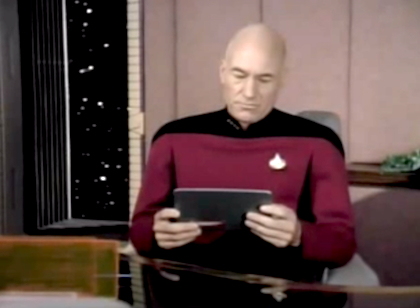 Recently, a company called Hendo announced their intention of releasing the first-ever hoverboard via a Kickstarter campaign, fulfilling a promise made to us a quarter-century ago in the film Back to the Future Part II. It's certainly not the first time that a fictional technology has either already been invented, or is in development thanks to the movies. Flicks like the aforementioned Back to the Future series and TV shows such as “Star Trek” have always had ties with depicting what our future could look like, and you might be surprised to see just how accurate they have become.

Back to the Future Part II

Since Hendo has already invented the hoverboard, why not start here? There are quite a few things from BttF2 that scientists are working on diligently to create for us.

Yup, since 2011, Nike has been telling us that, in 2015, they will finally make available the auto-lacing shoes from that Marty McFly wears. They went so far as to release a prototype in 2011 that you, sadly, have to tie yourself. The shoes were sold with some of the profits being donated towards the Michael J. Fox Foundation to help combat Parkinson’s disease. Only 1,500 were made for sale, so don’t feel bad that you missed out on it. Check out the commercial below:

No specific word has been released since 2011 as to if the power-lacing technology will be available in September 2015, but that’s also some time away, and a big company like Nike is expected to make due on their promise.

Hands-free video games are something we’ve had for a while now, and although not depicted in the film, a young Elijah Wood and his non-famous childhood co-star complain that you actually have to use your hands for the video game in the '80s café (which also exist now). Today, with Xbox’s Kinect, other products like it, and the upcoming Oculus Rift, it’s safe to say we are indeed in the future when it comes to video games.

There are many other things that Back to the Future Part II predicted correctly, like our future obsession with sequels and 3D movies, tablets, mounted flat-screen televisions, multiple TV channels playing on a single TV, creating fuel from compost, and, with the invention of the hoverboard, it’s safe to say we aren’t too far away from hovering/flying cars, but let’s check out what some other fictional technologies that have become real.

Despite how cheesy the original series was (I love how cheesy it was), “Star Trek” definitely contributed to some technology we use today. Some things like doors that open automatically might seem a bit mundane, since it feels like we’ve had them forever, but in the 1960s, nobody had ever seen anything like that before. You can thank “Star Trek” for bringing that picture to the real world. But “Star Trek” also helped invent some very useful things that go beyond just being a luxury...

Unfortunately, I couldn’t get a proper clip of Dr. Bones McCoy scanning a crewmember in his giant machine, but this gives you somewhat of a picture of what I’m getting at. “Star Trek” was actually an influence in the creation of the MRI machine, something that has saved countless amounts of lives today.

From Captain Kirk’s original crew to the next generation of Captain Picard, the iPad was actually created by “Star Trek”. Mac founder and prolific inventor Steve Jobs was a huge fan of “Star Trek”. He has even said in the past that the whole notion of the iPhone was to make a better communicator than the one in “Star Trek”. Considering the communicators in “Star Trek” are basically flip phones with a few extra features, I think it’s safe to say Jobs accomplished his task.

Surprisingly, this film that only came out in 2002 and had a lot to say about where technology could head by 2054 actually got a few things wrong -- the technology they put forth is actually coming out much earlier than 2054.

I thought touchscreens were cool, but hologram touchscreens? Are you frigging kidding me? It’s only a demo, and supposedly the Japanese invented this kind of technology years ago, but it’s definitely a cool step into the future. By the time 2054 comes around, we sure as hell won’t be using mice.

That’s right, in case you haven’t heard we have self-driving cars today! Google has their own self-driving car project and it seems to work really well. Using similar photo technology they have with Google Maps, they are able to get the cars to run safely and accurately. Take a look:

The series may have taken place a long, long time ago in a galaxy far, far away, but we’re steadily catching up to them. Something that always intrigued me was the end of Empire Strikes Back. Remember when Luke Skywalker gets a robotic hand and the robot nurse pokes it to make sure he has feeling in it? Well, take a look below:

This is huge. It will help a lot of people to use a missing limb to its full extent, thus leaving them with almost no disadvantage.

Remember the laser bullets that Han Solo and virtually everybody who wasn’t a Jedi would fire off at each other? Well, studies in laser science have been pushed to unlock the ability for that very same idea. Keep in mind that the video is slowed down and the bullets actually do fire at a rate even faster than seen in the movies.

Those are just some modern-day technologies inspired by film and television. And they say that TV rots your brain! (*tsk tsk*)